A great film for all those who feel nostalgic for retro-futurism, Tomorrowland is an exceptionally inspiring piece of science fiction. Disney has a strange tradition of creating movies based on its theme park attractions. Sometimes it works – Pirates of the Caribbean – and sometimes it doesn’t – The Haunted Mansion. With Tomorrowland, they may have failed in terms of box office, but they certainly succeeded in making an excellent movie. 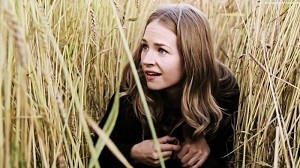 The movie harks back to a time when the future seemed filled with wondrous possibilities. A young Frank Walker attends the 1964 New York World’s Fair and discovers a select group of scientists/inventors/dreamers who are dedicated to a better tomorrow. When we cut to the present day, however, we see that something has gone wrong. Amidst all the doom and gloom, people seem to have forgotten just how exciting our dreams of the future used to be.

Do we have Alien to blame for Hollywood’s obsession with dystopian sci-fi? Blade Runner? Or does it go further back than that? Mary Shelley’s ‘Frankenstein or the Modern Prometheus’ set the template for the vast majority of science fiction. The formula basically goes like this: a) man gets the power of the gods, b) man is punished for his hubris, c) here endeth the lesson. That describes the vast majority of science fiction films, the only notable exceptions being Star Wars (which is all Joseph Campbell hero’s journey-type stuff anyway) and some of Star Trek (though the Prime Directive is all about avoiding becoming gods, when you think about it.)

Tomorrowland is poles apart from this kind of storytelling, and I suppose some people might find it too mawkish or innocent for their tastes. The film does boast a fantastic script, however, with some really well-written characters. Front and centre is Britt Robertson, playing Casey Newton. As the young lead, she is extraordinary. She effortlessly creates a character who is smart, determined and witty. Raffey Cassidy plays the mysterious Athena, and is perhaps less successful, but it’s quite a strange role to begin with. Together with George Clooney as the grown-up Frank, the three make a brilliant trio of characters, with Hugh Laurie in a supporting role.

It’s somewhat ironic that Tomorrowland, with its wondrously three-dimensional female leads, has floundered at the box office whilst Jurassic World, with its terrible script and lazy characterisations, has raked in the mega-bucks. 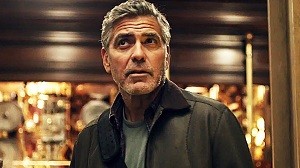 Actually, I take it back…it’s not ironic at all. Just depressing. At least it’s a huge studio like Disney at helm however, because it means they can take a hit this time around. The film also shows us that perhaps writer Damon Lindelof doesn’t deserve all the internet scorn that’s regularly sent in his direction.

The visual effects in on show are brilliant – no surprise considering director Brad Bird has a background in animation, having helmed The Iron Giant and The Incredibles. It’s a pity that, like Andrew Stanton (who went from Finding Nemo and WALL-E to John Carter) Bird appears to be retreating back to animation after a live action film that failed to set the box office alight.

Don’t be put off by the less than exciting trailer. Tomorrowland is a difficult film to market, but it’s one that deserves to be seen. Harking back to Disney’s output from decades ago – think Race to Witch Mountain or even The Cat from Outer Space – it has a lot in common with the ‘BioShock’ games and is clearly a film that Walt himself would have loved. Emotionally powerful and one of the most uplifting cinema experiences I’ve had in a long time, it makes me even sadder that I live in a country with a Prime Minister who sees alternative energy as the enemy.

←Jurassic World Inside Out→