I, for one, was pretty darn keen to get back to Isla Nublar. Whilst various fans of the original Jurassic Park struck the series off their cinematic destination list as a consequence of The Lost World: Jurassic Park or Jurassic Park III, I was super-keen to see more dino action. Jurassic World certainly has some enjoyable moments, but still comes up lacking. 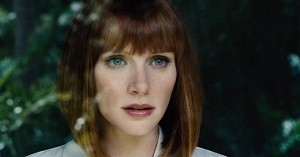 The premise that sets Jurassic World apart from the other films is simple yet brilliant: here, we have a fully functioning park. Whilst this immediately conjured up images of Jaws 3D, I also realised that it would allow for all sorts of new-yet-familiar material. That being said, I’m not sure that the film really takes advantage of this spin on the formula.

Gray (Ty Simpkins) and Zach (Nick Robinson) are two brothers sent on a trip to the dino theme park by their parents, who have arranged to have their aunty watch over them. Aunt Claire (Bryce Dallas Howard) however, is too darn busy with her work at the park to do more than greet them and send them on their way. Soon, things have gone pear-shaped and dinosaurs are on the loose (do I even need to say this?), and it’s up to Claire and ex-navy dinosaur trainer, Owen (Chris Pratt), to save them.

Poor Bryce Dallas Howard – she broke onto the scene with an amazing performance in The Village, but since then has been saddled with roles in the likes of The Lady in the Water, Spider-Man 3 and Terminator Salvation. Once again, she’s robbed of a decent character to sink her teeth into. Claire is presented as an uptight workaholic who – gasp! – isn’t even sure she wants kids of her own. And (wouldn’t you know it?) Owen is a laid back, rough around the edges kind of guy. *sigh* These are such well-worn tropes that it really put me off the writing from the get-go. The weird thing is that these characters don’t really change. Claire goes through a transformation of sorts, but the screenplay isn’t so offensive as to say she just needed to be around some kids in order to kick-start her ovaries and otherwise loosen up a bit. Instead, she just kinda Does Stuff. Meanwhile, Owen’s the same from beginning to end, and the only people who go through some sort of change are Gray and Zach.

After recently rewatching the Jurassic Park trilogy for the Reelchat Podcast, I realised that the biggest problem with The Lost World was the zero character development, something which JP III actually had in spades, despite only being 92 minutes. With Jurassic World, it feels like perhaps some character development was trimmed in the interests of running time, yet we’re still presented with a 124 minute film.

Who cares about that?!, I hear you say. Get to the action! Well, the action is…so-so. Very little of the film managed to thrill me, and a couple of potentially genius set-ups are over too quickly. 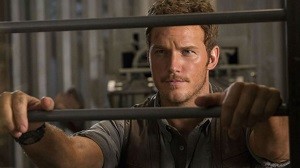 In fact, it was only during the climax that I found myself on the edge of my seat…and then the film was over. The visual effects are mostly good, but there are still rough patches, particularly in the crowd scenes.

Speaking of crowd scenes, the weird thing is that Jurassic World doesn’t make that much use of the fact that they have a gazillion visitors in the park when all hell breaks loose. We only get one scene of large scale chaos, which is strange since I thought this was what would set the film apart.

I should mention that I’m 100 per cent happy with where the film takes the series. The meta-plot (which I won’t spoil here) takes the next step and significantly broadens the scope of the franchise. Coupled with the single returning character from the original film, this means that Jurassic World really does inject the series with some fresh ideas.

It’s a pity that the execution falls short. This is a decent enough timewaster, and for me, was a slightly more interesting film than The Lost World. When it comes to action, however, this can’t top the cliff-hanger scene from Spielberg’s sequel. I had high hopes for Colin Trevarrow’s appointment as director, considering he directed the charming and hilarious Safety Not Guaranteed, but the characterisations here are just lazy.