Insidious was an incredibly effective (and incredibly successful) feature created with very little money. It proved that scary films didn’t have to be about cool visual effects or high-concept ideas; that the shadow in the corner of your bedroom is scarier than any monster you could dream up. It was a near-perfect combination of jump scares and eerie, barely-seen spookiness hidden somewhere in the background of the image. 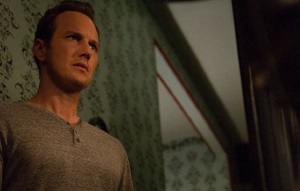 That both director James Wan and writer Leigh Whannell returned for the sequel sounded promising. They weren’t simply passing the torch to a succession of lesser writers and directors (hello, Saw franchise), they were personally building on that which they created the first time around. Even more promising was the fact that it took two years for the sequel to come out – this wasn’t like the Saw or Paranormal Activity films, which became annual fixtures for a while there.

Chapter 2 picks up very soon after the first film, with a police detective questioning Renai Lambert (Rose Byrne) about what went down the night before and why there was an old lady in her house who died in mysterious circumstances. The film then very quickly forgets about the police altogether. Such laziness didn’t auger well for the rest of the film. If you’re going to introduce police into your film (whether it be a horror, action or thriller), then you have to take that idea to its natural conclusion, not conveniently forget about them.

Things only get worse from there. Where the first film was patient and calculating, this one is frantic and pantomimic. As you would expect, the supernatural goings-on continue to haunt the Lamberts. In the first film, Renai’s husband, Josh (Patrick Wilson), was useless because he was absent and/or disbelieving; here, he’s an antagonist. There is nothing scary about this film – nothing whatsoever – which is shocking when you consider how frightened I was by the first instalment. This chapter is too silly to take seriously.

Specs and Tucker are back (Leigh Whannell and Angus Sampson respectively), this time taking up way too much screentime. 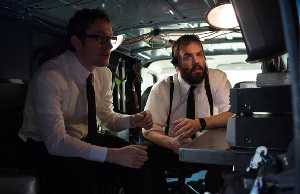 In the first film, their late appearance was a welcome reprieve from the dark and repressive atmosphere, but they only work in small doses – having them present throughout pretty much the entire time robs the film of the proper atmosphere.

Oren Peli, of Paranormal Activity fame, is producer of the Insidious films, and with Chapter 2 it feels like his influence was more prevalent. Of course, I have no way of knowing this, but the way the film jumps back and forward in time, filling in plot holes from the first film and posing more questions, feels a lot like the PA films, which themselves have become an exercise in confusion. (And I say that as a fan of the PA franchise.)

I should make clear that I have no problem with the story that Chapter 2 has to tell. Everything that happens is fine. It’s just that the execution is so damn clumsy. The script feels like an early draft; they needed to go through it and chop out a lot of the redundant (and sometimes flat-out embarrassing) dialogue. I like horror sequels that build upon the previous films, rather than simply being rehashes like the franchises of the 80s, but this doesn’t mean that the meta-narrative must become overly complex.

That The Conjuring turned out to be a stronger film than this one is hugely disappointing. With Wan lined up to direct the next Fast and the Furious film, it might be that he’s left behind the haunted house genre altogether, which isn’t a bad thing. Insidious: Chapter 2 feels like a mishmash of half-baked ideas, and completely fails to be scary. One of the big disappointments of 2013.

Insidious: Chapter 2 will be released on 7 November 2013.