A haunting, dreamy take on the zombie genre, The Returned (Les Revenants) boasts one of the best pilot episodes I’ve ever seen. One by one, the deceased residents of a small French mountain town return to the land of the living. Looking exactly the same as they did moments before they died, these revenants want nothing more than to resume their previous lives. The living, of course, aren’t entirely comfortable with this. In some cases, they haven’t seen their loved ones in 35 years, so having to accept their dearly departed after such a long time without them is difficult to say the least. 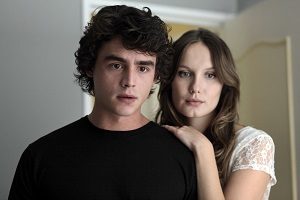 The beautiful, dreamlike quality of The Returned is down to two things: the stunning cinematography, including some majestic panoramic vistas, and Mogwai’s tense and haunting soundtrack. Though a ground-breaking band back in the day, the Scottish post-rockers seem revitalised by the inspiration provided by the French show, and their music here is a worthy listen on its own – something you would rarely say about television soundtracks.

The show boasts some incredible performances in the roles of both the living and the dead. Teenager Camille (Yara Pilartz) returns home after dying in a bus crash some years ago, and her reunion with her sister Léna (Jenna Thiam) is as emotional as it is horrific. Céline Sallette’s turn as nurse Julie Meyer provides a brilliant counterpoint to other narratives: Julie has given up on life, and finds more in common with the newly-returned than with the living. Then there’s Adèle (Clotilde Hesme), who faces the strange task of introducing Simon (Pierre Perrier), her undead ex-fiancé and father of her 10-year old child, despite the fact that he died and returned a teenager, barely a few years older than his daughter.

It’s an intriguing setup, and it’s impossible to not be taken in by the mystery afforded to us at the beginning of The Returned. Unfortunately, it never again hits the highs of the opening couple of episodes. The series has been showered with critical acclaim, and one of those singing its praises was none other than Stephen King. This point is illustrative, because like King’s fiction, The Returned doesn’t know how to nail an ending. The climactic episode to season 1 falls flat, and then poor French viewers had to wait three years for season 2 to appear.

And 2015’s season 2 doesn’t get any better. There are some interesting plot developments (though by far the most amazing factor is that the young cast haven’t aged too much in the three years between episodes) but it’s clear that there’s a lot of retconning going on. Moments from season 1 are reinterpreted and added to, and it doesn’t do a good job of convincing viewers that this was all part of the plan from the beginning.

The main problem with The Returned is that it’s a one-note show. For me, great TV shows can run the whole gamut. Even for a show that’s ostensibly a thriller, or a horror, we need moments of levity, we need fast-paced moments, we need touching moments. 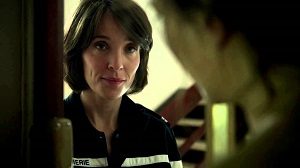 Here, the characters do very little but portray shock and awe episode-in, episode out. There are no scenes of triumph, no scenes of elation, and barely anyone cracks a smile. Over the course of 16 episodes, this can become trying. In fact, this has a lot in common with John Ajvide Lindqvist’s follow-up to ‘Let the Right One In’, ‘Handling the Undead,’ which answered the question of, “What would it be like if the dead came back to life?” with the answer, “Really, really depressing.”

Technically-speaking, The Revenants is an incredible achievement. The eerie tone, the beautiful visuals, the chilling moments and the incredible score all combine to create a very stylish TV show. But it’s stuck in the same gear. And like the Paranormal Activity sequels, each subsequent episode here is more concerned with asking new questions than it is with providing answers. It may have started out a 5-star show, but it ended up somewhere in the middle.

The Returned Season One & Two Boxset is available now on DVD from Madman.

The Returned Season One & Two