Like many fans, I spent the first couple of years after The Phantom Menace telling myself the film was a good one. Some time between Attack of the Clones and Revenge of the Sith I began to realise just how deluded I had been. Episode III was the only one I reviewed for this site, and looking back at it now, I’m still embarrassed at my initial response (Mark’s review is much closer to my contemporary feelings on the matter). I now know that the prequels failed on practically every conceivable level. Comparatively speaking, The Force Awakens knocks it out of the park. 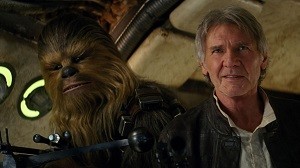 I’m not going to bother going through the plot here. I came to The Force Awakens cold, and I still think that’s the best way to approach a film that you’re definitely going to see. So without further ado, let me say that there are many things JJ Abram’s film gets right.

First off, the sense of wonder is back. The movie feels like Star Wars, it really does. Abrams isn’t afraid to mimic his idols (see Super 8), so I suppose it isn’t entirely surprising that he evokes a true Star Wars-y mood here. We see mysterious new worlds, but never too much of them – a line the prequels frequently overstepped – and they never feel overstuffed. Like the original trilogy, the planets here are sparsely populated, with occasional clusters of inhabitants, and the settings look like the original Ralph McQuarrie paintings.

Secondly, the new characters are fantastic. I enjoyed every single one of them. Daisy Ridley’s Rey is awesome, and I can’t wait to see her character grow over the next two films. John Boyega is great as Finn also. 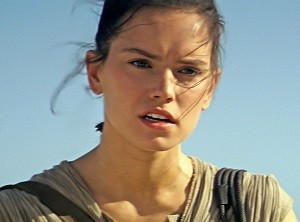 I’m glad that casting agents and producers saw the guy from Attack the Block and somehow knew he was destined for bigger things, because it wouldn’t have occurred to me back in 2011 that he was prime Hollywood lead material. And when it comes to Oscar Isaac’s Poe, I have to admit that I completely forgot that this was the same guy who was so unnerving in Ex Machina. This guy has incredible range.

But an entire paragraph ought be devoted to Adam Driver (of ‘Girls’ and Tracks fame). Holy moley, Kylo Ren knocks it out of the park. This is possibly the first time we’ve seen an actual three dimensional bad guy in a Star Wars film. He’s conflicted, rash, and…let’s face it…a bit shit at his job. And it makes his scenes all the more thrilling. He’s a dangerous, unstable presence. A truly incredible performance, and one I didn’t think possible within the Star Wars universe.

I’m also happy with the contributions from the original cast. They don’t overshadow the film, but they appear enough to please the fans.

As promised, The Force Awakens spends much more time in real sets than the prequels. It’s nice that we’ve also returned to the “lived-in science fiction” that made the likes of Alien and A New Hope so striking to begin with. There’s a tangible sense of place for every scene.

The action is handled well – never grandstanding or going over the top. To be honest, there’s only really one chase scene that was momentarily breathtaking, but on the whole I’m quite happy with the spectacle on show. John Williams is on fire, and I’m glad that his old themes only really appear on several occasions – most notably the Force Theme, aside from the obvious opening title stuff. The new music is great and doesn’t fall into the trap of being too intrusive, something he was perhaps forced to do with the prequel trilogy, since…well…there wasn’t much else going on in the narrative. 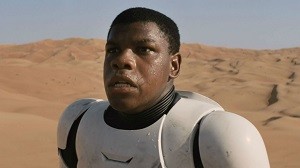 So…the film certainly excels in a lot of areas. But then we come to the biggest problem I had with The Force Awakens: there are a good half dozen story beats taken directly from A New Hope. I won’t outline them here for fear of spoilers, but I was regularly taken out of the film when I realised that a scene had the exact same setup as the original film.

I think I understand what happened here. With the prequels, Lucas presented us with none of the stuff we liked about Star Wars in the first place. Here, Abrams – and presumably Disney – were keen to give us all the things we craved, all the things that made A New Hope great. And The Force Awakens takes it too far. To be clear, this didn’t ruin the movie for me, but I’m concerned that in a couple of years, after the smoke clears, it’ll bother me even more. I think it’s safe to say that, if the prequels hadn’t happened and this was our first return to the Star Wars universe since the 80s, the general response would have been far less positive.

Abrams is building himself a bad reputation of treading old ground. He got a pass with Super 8 – I get it, you want to emulate Spielberg. But then we got Star Trek into Darkness, which was a kind of last-minute remake. And now we have The Force Awakens, which has way too much in common with A New Hope. If Episode VIII and IX forge new territory and don’t duplicate scenes from the original trilogy, then maybe this will become less of a problem. Maybe this was just a case of getting the franchise back on track. But the fact remains, this is a glaring problem for me.

So, at the end of the day, despite such a setback – and a few concerns about its approach to the Force – there is a lot that The Force Awakens excels at. Of course it’s lightyears away from the prequels, and yes, it feels like a true Star Wars film. And most importantly, it has given us rich new characters that will hopefully get better and better in the sequels.

Stuart talked about Star Wars: The Force Awakens on the Reel Chat podcast.

←Going Clear: Scientology and the Prison of Belief When Marnie Was There→