There’s nothing more infuriating than a film that starts out superbly and then loses it towards the end. This happened recently with Déjà vu and I’ve now experienced exactly that with Todd Field’s Little Children. 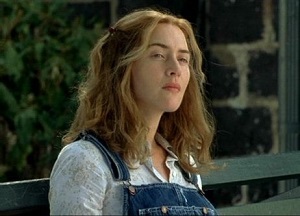 Kate Winslet (has she ever set a foot wrong?) is radiant as Sarah Pierce, a woman that has wealth and security but a marriage that’s lacking drive or passion. She’s matched by Brad Adamson (Patrick Wilson from Hard Candy), a man forever on the verge of something but who never takes that next step. His wife Kathy (Jennifer Connelly, in a refreshingly unlikeable role) has the successful career and pays the bills.

The first portion of Little Children centres on these three people and the performances are top notch, not to mention the fantastic dialogue. But soon after this the focus widens and the film becomes more of an ensemble piece as we witness the lives of seven or eight people in the same neighbourhood. This is a shame because I wanted to spend more time with Sarah, Brad and Kathy. Ronnie – previously convicted of indecently exposing himself to minors – is released and at first our glimpses of the man simply set the tone for the film (the swimming pool scene finding inspiration in the most unlikely of sources), but halfway through he becomes a significant central figure. The film even focuses on his mother. There are other characters that take on more significant roles also.

This gradual shift unfortunately dilutes the narrative, and we get sidetracked by well-conceived but ill-advised additions to the story. There’s an extended, almost balletic football match that is as glorious as it is ugly, but it simply belongs in another film. The last third of Little Children simply can’t compare to the first act.

Children are of course central not only to the title but to the characters’ lives, and they are thankfully kept in the background. Ever-present, they serve to remind us why adults do the things they do, whether hoping to protect them, to relive their childhood dreams or to simply set a good example. There’s also an attention to detail that is admirable – check out the difference in the Adamsons’ and Pierce’s photos, or the story Sarah tells Brad’s son that we hear for only a second or two.

Little Children starts out brilliant but sadly ends up mediocre. A pity.