Juggling an ever-increasing roster of characters has never been a problem for Joss Whedon. He’s made a solid career working with ensemble casts, so it was unsurprising that the first Avengers film was so successful. What is surprising, however, is that lightning strikes twice. Age of Ultron is every bit as entertaining as the last time this superhero gang got together. 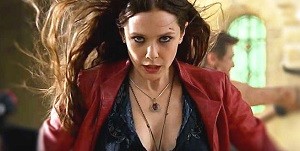 Initially, the plot felt like the weakest part of this film. The artificial intelligence known as Ultron is created in the space of three and a half minutes of screentime. Such miniscule exposition put me in mind of that ‘Simpsons’ episode where Bart and Milhouse get their hands on the very first Radioactive Man comic (“So that’s how it happened!”). However, the good news is that the plot takes some surprising turns later on. Sure, as with the first film, the story requires our heroes to face a threat, lose badly, bicker amongst themselves, then get back together and save the day – but there are some nice surprises along the way.

I recently called time on ‘Agents of S.H.I.E.L.D.’ after one and a half seasons. Exactly how long should a TV show take to find its feet? I realised that watching Marvel Cinematic Universe films made S.H.I.E.L.D. better, but watching S.H.I.E.L.D. didn’t make the movies any better. The fact that ‘Agent Carter’ was 1000 times more impressive didn’t help its case either. The other reason for dropping the show was simply because watching all of their big and small screen stuff is pretty much a fulltime job now.

All that being said, being up to date on the MCU certainly helps. Age of Ultron features so many damn cameos from peripheral Marvel characters that even someone as knowledgeable as myself had trouble keeping up with all the faces that breezed by. There were maybe one or two pop-ins that seemed unnecessary, but on the whole it works. I have no idea what this will mean to the greater movie-going public. Going by box office alone, it seems that many more people watched The Avengers than any of the other MCU films, so they seem to also work as individual stories.

The main failing of Age of Ultron would be the visual effects, which range from the spectacular to awful. The opening scene features horrendous, cartoonish and rubbery figures bouncing around the screen in a way that felt like pre-vis rather than the finished product. After that point, things certainly get better, but Marvel films continue to be consistently inconsistent, VFX-wise.

As you’d expect, all of the Avengers get their moment to shine. 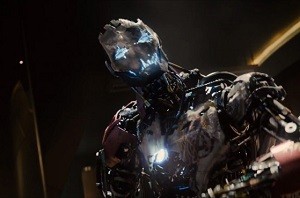 Hawkeye finally has something to do, which I’m sure pleased Jeremy Renner no end. Mark Ruffalo also has some of the strongest material. It’s Paul Bettany, however, who really steals the show. I don’t want to give anything away, but playing the long game, doing film after film of voice-over work only, certainly paid off. His scenes are amongst the best in the film.

With news that the next Avengers film will be split into two (Infinity War Part 1 and 2), I do wonder if the MCU is getting a little messy. Captain America: Civil War is bound to shake things up, but the fact that Whedon won’t be at the helm (in the foreseeable future, at least) makes me worry. Managing to make such a well-crafted film with an overabundance of characters like this really is incredible.