Somewhere between Run Lola Run (Lola Rennt), Funny Ha Ha and La Haine, Victoria is a single-camera one-take movie that moves from cinéma vérité to thriller without pausing once. And when I say one take, this is the real deal (or as far as I could tell.) There are no sneaky edits here – I’m looking at you, Silent House – and I can only imagine how much planning went into such an incredible feat. 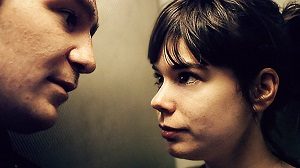 At the centre of it all is Victoria, played by Laia Costa, a 20-something Spanish woman currently living in Berlin. Out clubbing one night, she meets a group of young men who just want to hang out and have a few drinks. One thing leads to another, and before she realises it, she’s found herself in a life or death situation.

Whilst the quote on the cover may refer to it as an “adrenaline-pumped heist thriller”, be aware that it takes a very long time for this to surface. The film isn’t in a hurry to get to the more extreme moments, so we’re following Victoria and her new friends around the streets of Berlin for quite some time before the second act begins to coalesce. The performances of Costa, Frederick Lau, Franz Rogowski and others are brilliant, and serve to infuse the film with a sense of documentary realism.

As you can imagine, it’s the cinematographer who is the true star here, and it is only fair that Sturla Brandth Grøvlen gets the first crew credit, even before the director. For two hours and ten minutes, Grøvlen follows the characters around, up staircases, into cars, through crowds. This is Olympic-level cinematography!

Once the “thriller” part of the film kicks in, we’re subjected to some real edge-of-your-seat moments. The screenplay throws obstacles in the way of the characters time and time again, such that you’re really there, with them, in the moment. From what I’ve read online, the script only ran for 12 pages, so the majority of the dialogue is ad-libbed. There are some slow moments – as you can imagine with a single take – but that the film works at all is incredible.

Nils Frahm’s score is the other aspect of Victoria that gets full marks. His instrumental pieces have a soothing yet melancholic feel, and really help give this lumbering epic some structure. At one point, it felt like the music popped up simply to cover for a lame scene, but for the most part the film comes together effortlessly.

Victoria is an exhausting watch, and as such not something I’d throw on again too soon. A technical masterpiece, it’s also a film packed with fierce performances.

Victoria is available now on DVD from Madman.

←Backtrack The Secret Life of Pets→