“From the director of Snowtown” is not the kind of byline you’d expect to see on the poster for Assassin’s Creed. But nonetheless, that is what we get. Justin Kurzel, who previously teamed up with Michael Fassbender for Macbeth, helms what is probably the third ever halfway-decent videogame adaptation. It just happens to be a $125 million art film. 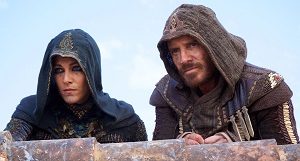 Easily the best thing about this film is that it feels like the creators’ vision. Unlike Suicide Squad, Fantastic Four or Rogue One, this doesn’t seem to have been taken away from the director, chopped up, changed and had new scenes inserted. This is a well-paced film that doesn’t slow down, and flows smoothly like a kind of tone poem.

Comparing it to poetry seems absurd – after this, this is about a man who uses science fiction technology to “relive” the antics of his assassin ancestor 500 years earlier – but this isn’t your regular action movie. From the moment we’re introduced to the war between the Assassins and Templars, the film never lets up, and scene bleeds into scene, much like a Christopher Nolan film, before the film just abruptly ends, and you realise you never got a chance to catch your breath.

And for the first time in the franchise, this story actually takes advantage of the moral ambiguity suggested by the premise. Our ‘heroes’ are murderers, and the ‘bad guys’ are people who want to bring about world peace. Assassin’s Creed explores the dichotomy of control/life versus freedom/death here more succinctly than it ever did in the games. The creator of the psychological time travel equipment is Abstergo employee Sofia (Marion Cottilard), and to make matters even more confusing, she’s discovered that her invention only works on willing participants. So she requires the free will of relevant participants in order to bring about control over the world’s population. And in the process of asking people to relive their ancestor assassins, she’s inadvertently turning normal people into killers. All in the name of peace. It’s the type of circular insanity you don’t see in your average action film.

The action is beautifully filmed, and deserves credit for accurately recreating the type of fights we’ve seen in the games for the past nine years. In fact, the entire movie looks fantastic, even if it’s regularly obscured in smoke, fog or dust. I appreciate that this was done to cover up a lack of budget (if 125 million can ever be called a “lack”) but it’s frustrating that we never get a good look at anything. It gives the film a dreamlike appearance, another thing that sets this apart from the genre. To top it all off, Jed Kurzel’s score is shockingly good. It may be from the Hans Zimmer school of drone, percussion and bombast, but I loved every second of it.

But at the end of the day, I’m not sure who this movie is for. As I’ve already said, not all action movie aficionados will get into this. On the other hand, I’ve lapped up 11 ‘Assassin’s Creed’ videogames, but from what I’ve gathered online, a lot of players simply want to have fun running about in recreations of famous historical periods. 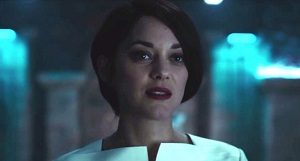 They don’t care about the ongoing Abstergo plot, or the Assassin/Templar rivalry, they just want to be a pirate and sail about in ‘Black Flag’ blowing up other ships. So those players will be sorely disappointed here, because the film’s so bogged down in the overarching mythos.

Fassbender gives his all, and for once Michael K. Williams actually gets to sink his teeth into a movie role. Jeremy Irons is reliable as ever, whilst Brendan Gleeson absolutely knocks it out of the park even though he’s only present for five minutes. Ariane Labed (whom I mistook for Noomi Rapace, to be honest) shines in an action-based role whilst Essie Davis has a significant yet small role also.

I actually really, really liked this film. It’s bold, it’s pacy, it’s exciting and visually arresting, yet I have no idea to whom I’d recommend it. If you love the type of continuity porn that crops up in the videogame series, then you’ll like the focus on the big picture stuff, but if you just want to see Fassbender go nuts in 15th Century Spain, then you’ll be dreadfully bored. If you’re looking for a breezy action movie with some well-timed comic relief, then this isn’t for you either. It’s a shame that the movie won’t do well, but gosh it’s wonderful to see a big budget film with the courage of its convictions.