So we’ve finally reached the end of the Paranormal Activity series – a little too late for many, I suspect. First off, I might do a quick recap of my thoughts on the films that came before. 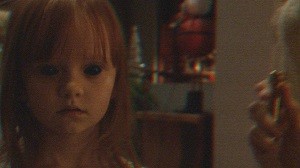 The first Paranormal Activity was a brilliant exercise in bare bones suspense. The best part about the film was the dread you felt each night, waiting for something to happen. Paranormal Activity 2 then surprised us all by being intrinsically linked with the events of the first film – and featured some of the best narrative retcons I’ve ever seen. Paranormal Activity 3 had a lot of fun with the 80s setting, though for the first time, the filmmakers didn’t even try to address the “why would anyone be filming this?” question that haunts all found footage movies. Paranormal Activity 4 had some great characters but seemed way too comfortable, barely advancing the overarching plot. The Marked Ones was touted as a spin-off but then blew my mind with a climax that went a long way to explaining events of the previous films, also providing the filmmakers with a get-out-of-jail-free clause, narratively speaking.

So now we find ourselves in The Ghost Dimension. Producer Jason Blum stated that he was tired of teasing, and wanted to start showing, and this film does intend show us a lot. The plot revolves around a Christmas get-together at the house of Ryan (Chris J. Murray) and Emily (Brit Shaw), and what happens when Ryan discovers an old-school film camera in the house they recently moved into. There’s something special about this camera, however, in that it sees things the naked eye cannot… Impossible things.

And herein lies the gimmick for this particular PA film – it was shot with 3D in mind. And for the first time in years, I’m actually disappointed I didn’t see a film in 3D. There are a heap of sequences that would have worked well, despite being a postproduction conversion. Even more surprisingly, the presence of a lot of CGI works well also! The main effect, kind of like watching ink in water, is distinct enough that it’s creepy, yet still leaves a lot to the imagination. After five films of keeping the scary stuff hidden, it’s fair enough that they decided to finally show us something.

As the story unfolds, it’s clear that the filmmakers were keen to explain a lot of what was happening in both the previous films and this one. As such, this film is quite exposition-heavy, and it loses a lot of the vaguely cinéma vérité style that worked so well previously. And as we near the climax however, it does indeed seem that everything is coming together…

…and then they drop the ball completely. I won’t spoil anything here, but the last ten minutes of The Ghost Dimension is terribly disappointing. 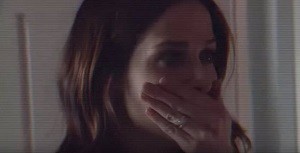 Not only do the filmmakers not address a significant event that’s been teased ever since the first film, they also serve up a resolution that’s exactly the same as that which we’ve seen before. The conclusion doesn’t feel any more significant than the previous films.

If anything, this makes The Ghost Dimension the most disappointing in the entire series for me, especially because I had a much better ending worked out in my head – and it wouldn’t have even been any more expensive. Considering how many times the release date was pushed back, I do wonder whether they considered multiple endings before settling on the ever so mundane one in the final cut.

I’m disappointed in you, PA! A couple of tweaks here and there, and this could have been a great conclusion to what has been, for me, a very strong horror franchise.