Now it’s important that I mention that I watched this film with a bunch of blokes. Who were drinking.

The most important thing to mention about Old School is that Will Ferrell is a comic genius. 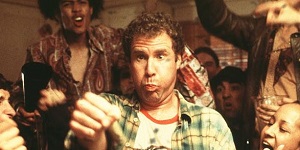 He manages to create hilarious performances out of ordinary dialogue. Ferrell doesn’t need a good punchline to make you laugh, it’s the subtleties in his delivery that are so damn funny. As a consequence you find yourself wanting to retell the jokes from the film and failing miserably. Whilst they had you on the floor at the time, attempting to match Ferrell’s performance is simply impossible.

I’m not going to spend too much time on this film because it is a throwaway type flick that doesn’t fare too well under intense scrutiny. The plot was all over the place (many times I was actually confused as to why they were doing the wacky things they did) but that only overshadows the comedy towards the end. There are so many jumps in the plot that make little sense – and resolutions that seem to come out of nowhere – that this film is going to get a very pathetic rating in the traditional sense.

In terms of the Hoopla Factor, however, you gotta give Old School props. It’s hilarious.

Unlike Stuart, I was not drunk when watching this film, and it suffered for it. Certainly some films may be better watched when sober – easier to appreciate the social commentary – but this one has nothing to say, sober or drunk!

The characters are poor, the acting abysmal, the plot nonsensical and cliched, and what was with Snoop? 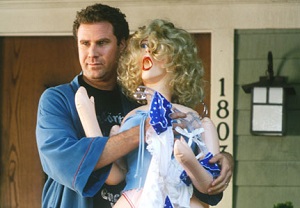 Will Ferrell may be the most over-rated performer in Hollywood, and that’s no small task. Who likes this bloke? He is extremely difficult to watch, is not in the least bit funny, and his acting is atrocious. In the several films I’ve seen him in, he has universally been the worst actor, and the most annoying character. Hopefully someone in LA will soon come to their senses and stop hiring him.

I can’t write much more about this – there isn’t much more to say.