In my continuing journey to avoid watching The Revenant on the basis that it might be depressing and just a little bit too much hard work, I went out and saw Room. Um…yeah. My sense makes no logic. 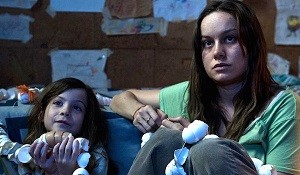 Ma (Brie Larson) and her five year old son Jack (Jacob Tremblay) live in a tiny room with no windows but for a single skylight in the centre of the ceiling. For reasons that soon become clear, they are never, ever allowed to leave this room. This bold, shocking premise is the basis for a jaw-droppingly intense cinematic experience and – though it’s very, very early in the year to be making this statement – one of the best films of 2016.

Room makes for harrowing viewing – indeed, the film hasn’t left my mind in the 24 hours since I’ve seen it – but somehow it keeps the darkness just out of frame. It strikes an incredible balance, neither exploitation film nor made-for-TV melodrama. It doesn’t take the easy route, either – the script understands the ramifications of what happens, and never dumbs down the issues.

But you know what? Room is also an incredibly uplifting experience. At the centre of it all is Larson, who already won a Golden Globe for the performance, and most definitely deserves an Oscar. She recently wowed me in her all-too-brief role in Trainwreck, but here she truly excels in a difficult role. I felt for her character the entire time, even when she did things that might normally be unforgivable. The film simply wouldn’t work, however, without Tremblay’s performance as Jack. He’s one of those child actors who you believe completely – everything seems to come naturally.

Joan Allen, Tom McCamus and William H. Macy put in fantastic supporting turns but this is really Larson and Tremblay’s film. Under the brilliant direction of Lenny Abrahamson, they have crafted a film that had me both on the edge of my seat and on the verge of tears for a good half hour.

I do wholeheartedly recommend Room, though remind viewers that it is a dark experience. This isn’t The War Zone at all – and all the nasty stuff is referenced, rather than shown – but it is one of the most emotionally draining experiences I’ve had in the cinema for a long time. A spellbinding, challenging and moving feature.