Rarely does a film launch with such controversy and expectation as Todd Phillips’ Joker, an origins story and character piece that features an extraordinary lead performance from Joaquin Phoenix.

Phoenix is Arthur Fleck, a clown working in streetside advertising by day and wannabe stand-up comedian by night. He cares for his ailing mother and fantasises about his neighbour Sophie (Zazie Beetz). 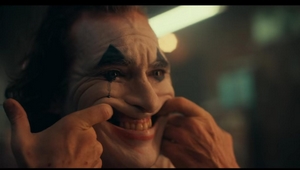 An altercation with some street toughs will set Arthur on a downward spiral that eventually leads to violence and mayhem.

Phoenix deserves all of the plaudits he receives for his nuanced turn as the troubled anti-hero. Fleck is a sad and lonely man, lost in a big city that doesn’t care about its downtrodden but celebrates the success of billionaires like Bruce Wayne. Phoenix creates a character that the audience will care about, even though he does awful things that should repulse us. It is a rare actor who can walk this tightrope and yet Phoenix has a track record of achieving just that.

Phoenix hasn’t been nearly as prolific as many of his peers in the past decade or so, but consider some of the films he has featured in and the performances he has unleashed. 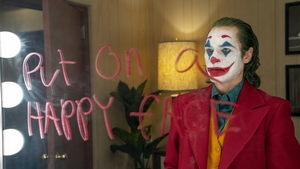 As Johnny Cash in Walk the Line through to Her and You Were Never Really Here, he is reliably one of the best actors to watch for the pure enjoyment of seeing someone completely engaged in their character. That quality is again present in this film.

Joker is a critical commentary on social isolation and the disconnection the mainstream feel from the ruling elite. Although it seemed a bit of a stretch to suspect widespread violence as a consequence of this film, that fear does speak to the power of the medium to provoke. Were Phillips’ film any less potent, those fears would have been completely unfounded: it is a compliment that some feared its quiet power.

The cityscape (and film more broadly) pay homage to the films of Martin Scorcese and Robert De Niro, in particular, Taxi Driver and The King of Comedy. The streets of Joker’s Gotham City are more disturbing to this viewer than those of Taxi Driver, however, and perhaps this is because they feel more modern in their grime. 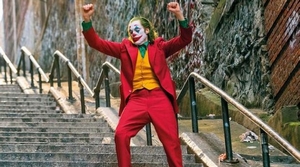 As someone who came to Taxi Driver as an adult, there is a different sense looking back at New York versus looking at Joker’s Gotham that makes Arthur Fleck’s milieu more immediate. Older viewers might disagree.

Todd Phillips has created a masterpiece of modern cinema, that features a wonderful leading performance and speaks with urgency about social isolation and the plight of the mentally ill. This is easily one of the best films of 2019.