So, for those keeping score: Blade Runner was released in 1982 to mixed reviews and bombed at the box office. As time passed, the film had a huge influence on the science fiction genre, gained a cult following and had a Director’s Cut was released in 1992. By this stage the film had been reassessed and found its place in cinema history. Books were written about it, the film was studied in high schools and released umpteen times on home media, one particular release featuring five different cuts of the film. Despite all this, this $33 million movie has only ever made $93 million (adjusted for inflation) over all of its cinema releases. 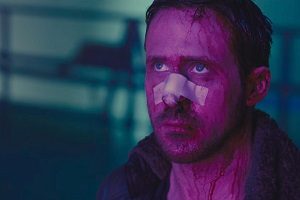 Fast forward to 2017 and the $150 million sequel is struggling in the box office. It was aiming for a $50 million opening weekend and only clawed back $31 million. It’s almost like they didn’t realise Blade Runner was always a niche film. Hugely influential, yes, but never cinema for the masses.

This film is set 30 years after the original, and features a new Blade Runner in the process of retiring replicants. The fact that this particular agent, K (Ryan Gosling), is a newer model of replicant himself, adds an extra layer of complexity to his job.

Denis Villeneuve’s film honours the original about as much as you’d hope. This is a director who’s yet to helm a bad production, and it’s incredible to think he handles such a daunting task with aplomb. The pace is just as sluggish as the 1982 film (seriously, whenever I rewatch the original, I oscillate between finding it entrancing and being more than a little bored), whilst the visuals are different yet complementary. There’s Villeneuve’s usual sense of impending dread, and his direction is fantastic.

Hans Zimmer and Benjamin Wallfisch’s score references Vangelis’ classic work in a cursory sense, particularly at the start and at the very end, but most of the time we’re safely ensconced in the regular Zimmer sound, with pounding drums and droning synths. It’s a pity Jóhann Jóhannsson left the project, because I’m interested to see what his score would have been like.

The acting is very, very good, and Gosling does an exemplary job of being just as taciturn as Deckard in the original. Sylvia Hoeks, Mackenzie Davis and Robin Wright are all excellent, and we should all stop being surprised each time we learn that Dave Bautista is a really, really good actor. Of course, Harrison Ford is present, not to mention a couple of other actors from the original. The story goes in some interesting directions too, and successfully extrapolates from the-created-confronts-their-creators vibe that Ridley explored in the original (and in his Alien prequels, to be honest.)

Here’s the thing though: Blade Runner 2049 is pretty darn sexist. 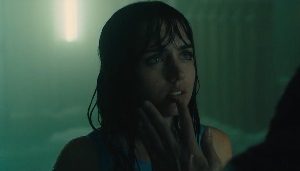 All the female characters fall into the innocent/fallen woman category, and they’re usually at the receiving end of horrific violence and/or naked. I appreciate that this is noir, which loves the whole Madonna/whore dichotomy, but the likes of “Veronica Mars” and “Jessica Jones” have shown us that feminist noir is entirely possible. And to be honest, the original didn’t feel this sexist, even if you could argue that Deckard always was.

The other big problem is the runtime. At 164 minutes, it’s a really hard slog. The final act could have had a good chunk taken out of it without losing anything important. Also, I’m no hater of Jared Leto, but his few scenes are extraneous, and slow the film down even more.

At the end of the day, this is nowhere near as bad as it could have been. I have no doubt that if Ridley Scott himself had been behind the camera, rather than simply producing, it would have been much worse. And one can’t deny that Villeneuve is a master of his craft. It’s just such a pity the screenplay fails in a couple of significant areas. It’s a worthy sequel – and a feast for the eyes – yet nowhere near the masterpiece that some critics have proclaimed.

Stuart spoke about Blade Runner 2049 on the Chatflix Podcast.