This is my first taste of the cultural phenomenon that is One Punch Man, and I have to say I’m impressed. The series started as a web comic which quickly achieved astounding popularity. A digital manga remake of the series came soon after, and now an anime series. The original comic didn’t have much in the way of professional polish about the art style, so it’s interesting to see how ‘Young Jump Web Comics’ and then ‘Madhouse’ have updated the visuals whilst remaining true to the spirit of the source material. 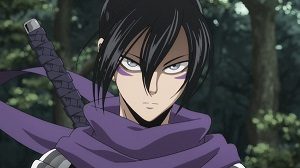 The premise is about as basic as you can get. Saitama is a superhero that’s so overpowered that he can defeat any enemy with a single punch. That’s it.

If you’re confused as to how they manage to eke a series out of that simple concept, well…so was I. Saitama has fought high-powered villain after high-powered villain, and all have fallen before him. He’s, quite frankly, bored with it all. The story has a definite make-it-up-as-we-go feel, with no real sense of foreshadowing aside from the hook at the end of each episode.

And yet…it somehow all works. Saitama’s disinterest is always entertaining, and the heroes and villains that grace the screen are all uniquely bizarre. The humour is simplistic – occasionally sophomoric, and one particular character brings with it the stench of homophobia – but I have to admit the show frequently raised a chuckle. It’s the unpredictability of the story that keeps One Punch Man going…and the idea that anything goes.

Whilst the character art is lacking in detail, it matches the punk-rock aesthetic of the storytelling, and the fact that, depending on how you look at it, this is a pisstake on the superhero genre. It feels specifically to be riffing on Western comics, though it’s skewering manga conventions also. The presentation itself is as crisp and clear as you’d expect from a Madman Blu-ray, whilst the disc also includes 6 OVAs that are exclusive to the disc releases, each about half the length of an episode.

Someone more knowledgeable in anime and manga than me could pick up on each of the archetypes and clichés that One Punch Man takes glee in subverting. The show has no depth whatsoever – it’s proudly simplistic and the humour is idiotic – yet it never becomes boring. You’ll no doubt quickly pick your favourite hero – mine is the pure-of-heart and completely-underpowered Mumen Rider – and be keen to see where the oddball plot will take things next.

One Punch Man Complete Season 1 is available now on Blu-ray and DVD from Madman.