Disappointing in the extreme, X-Men 3 is a disastrous end to the trilogy, and deserves to be remembered alongside Scream 3, The Matrix: Revolutions and Batman Forever as one of those awful third films that ruin a franchise. 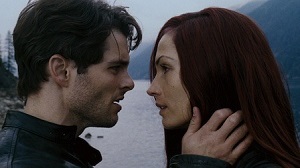 Now, Bryan Singer’s X-Men flicks weren’t cinematic literature by any means, but they were top-notch comic book movies. Above all trying to make the narrative realistic (I realise the contradiction here), his films had characters you cared about alongside some kick-arse big budget action moments. Since he left the production to work on the upcoming Superman Returns, doing a switcheroo with Brett Ratner, I can only hope that Superman turns out to be a better film than this.

The bare bones are here: some good narrative decisions and solid concepts, but unfortunately the finished result is awful. The script is atrocious, putting even the most mainstream of Hollywood films to shame. Remember when Wolverine used to be cool? Well he’s not now… not with this dialogue. New mutants appear with almost no fanfare and achieve very little, and many of the ones we’re familiar with drop off in a perfunctory and disappointing manner, almost as if the screenwriters forgot about them. The narrative clicks over awkwardly from one scene to the next, and the film is completely lacking in momentum. The special effects are not only disappointing but also lacking in inspiration. And to top it all off the score is obtrusive and overblown.

I can’t imagine how disappointed the regular cast must have been after the impressive first two films, and one could be forgiven for overlooking the fact that The Last Stand actually features some decent actors. 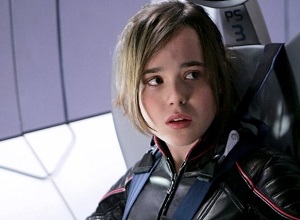 Apart from Wolverine, Rogue (Anna Paquin – The Squid and the Whale) is also treated with very little respect and given nothing to do, as is Cyclops (James Marsden)… though he always was a bit of a tosser so that bothers me less. Even Ian McKellen (The Da Vinci Code) and Patrick Stewart can’t save this film, doing their best within such poor scenarios. The only impressive new mutants are Kelsey Grammer as Beast – his demeanour fantastically at odds with his appearance – and Ellen Page as Kitty Pryde, the third actress to play the character. Don’t get me started on the Angel narrative thread… and is anyone else sick of close ups of Storm’s eyes clouding over?

Coming in at only 104 minutes – surprising when you consider that the second one was much longer – this film seems like a rush job, awkwardly attempting to wrap everything up in the interests of making the studio the mountains of cash it will inevitably raise.

There are a couple of interesting uses of mutant super-powers, something at which the first two films were brilliant, but the action on the whole disappoints. There’s certainly nothing that comes close to Nightcrawler’s first appearance or Wolverine getting nasty on the soldiers storming the school in X-Men 2. The most frustrating part of this movie is that it hints at how great it could have been in more capable hands. Maybe if the first two films hadn’t set the bar so high then I wouldn’t be quite as negative about The Last Stand, but there’s really nothing to recommend here, and indeed the franchise would have been better without it. Here’s hoping that the upcoming Wolverine and Magneto movies don’t make things worse…