Ashley Judd stars in a thriller about a serial killer. Oh my God! What an original concept!

Honestly she must be so sick of making these films. Someone Like You must have been at least 3 Christmases and 4 birthdays all at once, a movie which didn’t actually involve her character being scared. 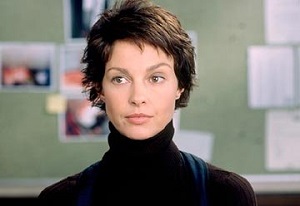 She does fine in this film, but I’m sure she could play a part such as this in her sleep. Samuel L. Jackson brings a wonderfully commanding presence to the screen as usual, and Andy Garcia (why has he been doing so little lately?) is kind of adrift, smirking and slouching his way through this film.

The only interesting part of Twisted is that at one stage it seems that EVERYONE is a suspect. Even that doesn’t last long, before we’re stumbling towards an incredibly predictable conclusion.

The look of this film pissed me off no end. It’s one of those cop movies that could have been set any time. Seriously, the police station scenes, the glimpses of the city, they could have been in January Man or ‘NYPD Blue’ or even ‘Hill Street Blues’ for that matter. Even the cover looks like a crappy eighties cop thriller. Why couldn’t they have given us something interesting to look at, instead of the usual blacks and blues? I watched Whipped the other day, and at least that movie was interesting to look at, even if it tried too hard to look like ‘Sex In The City’ (It had a fabulous opening title sequence also).

Twisted is a mostly boring and predictable serial killer film, with no major selling point (or indeed twist).