This Girl’s Life is the second film by Ash that I have seen, the first being Pups, the film that pretty much introduced Mischa Barton to the world (The Sixth Sense, Octane, ‘The OC’). This film has a pseudo-documentary feel to it, including face to camera narration. 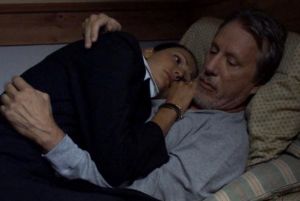 Unfortunately, this unique view is soon lost as the narrative takes a bizarrely unrealistic turn, and by the end of it This Girl’s Life has lost all sense of originality.

There are some interesting supporting characters. James Woods is fantastic in the type of role that I’m sure many actors would like to have a go at, and Michael Rapaport works well in a brief appearance. Kip Pardue again looks uncomfortable, something he’s good at doing. His performance is similar to his in Thirteen, whereby he looks as if he’s simply completing a take.

Full of promise, This Girl’s Life is only mildly entertaining.