The time is right for an exposé of the lobbying industry, and first-time director Jason Reitman has succeeded in shining a bright light on the machinations and behind-the-scenes skullduggery that prevail in this powerful profession. 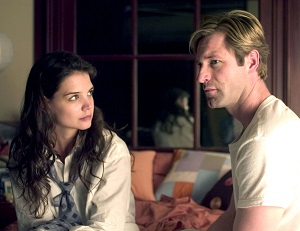 Forming the ‘MOD (Merchants of Death) Squad’ are the spokespeople of industry research groups for tobacco, alcohol and firearms, and their regular meetings are designed to allow them to brainstorm new tactics to divert public attention from the less sellable aspects of their products. The most charismatic of these is Nick Naylor (Aaron Eckhart in what may be a career-defining role), spokesperson for the Tobacco industry group, a man so charming he can turn almost any negative into a positive through manipulation and disinformation. Whether trying to woo women into bed in business meetings or convince a teen cancer victim it’s in Big Tobacco’s “best interests to keep [him] alive and smoking” on a television talk show, Naylor has the vocabulary, mental sharpness and, most of all, the moral flexibility to succeed as no other has before.

It isn’t only lobbyists being targeted in Reitman’s somewhat scattergun approach, however, with Hollywood execs copping a backhander in an amusing scene in which Naylor and Jeff Megall (Hollywood producer, played by Rob Lowe) compete to see how low each is prepared to go in their search for the perfect star-powered vehicle to reform the image of cigarettes. Crusading senators and underhanded journalists also take hits, and although each individually may be deserved, the overall effect of choosing so many marks is a diminishment of the impact on each.

Eckhart is excellent in the demanding lead role, and with so much riding on his ability to appear both charming and evil at the same time, his success carries much of the film. He clearly conveys the intellectual bargains he must make to allow himself to do as he does, and even makes the somewhat less believable final sequences convincing. He is everything one imagines Reitman and co. were hoping for in their leading man. Maria Bello and David Koechner are given far less to do, but are adequate in their limited turns. J.K. Simmons brings his J. Jonah Jameson performance from the Spider-Man movies, in what seems a disappointing lack of range, but cameos by Adam Brody, Sam Elliott, Katie Holmes, Lowe, William H. Macy, Kim Dickens and Robert Duvall are all performed well.

Unfortunately, for all its star power and delicious attacks on targets ripe for the picking, somehow Thank You for Smoking never quite becomes the incredible film it hints at. Whether it would have had greater success with a tighter focus is another question, but as it stands, Thank You for Smoking is an amusing satire on power and politics without ever hitting the home run it might have.

Thank You for Smoking