Spectre is a strong follow-up to Skyfall, but a film that has just as many plot holes as its predecessor. 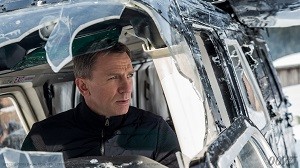 The way I see it is this: Sam Mendes’ Bond films have a lot to recommend. Stunning cinematography, fantastic set pieces, strong characterisation and a richly thematic narrative. They don’t, however, make much sense.

Spectre opens with an incredible scene, and one that shows Terminator Genisys how you should shoot a helicopter-based action scene. By the time the opening titles began, I had to pick my jaw up from the floor. It’s that good.

In fact, the entire first hour is very strong. I enjoy Craig’s take on the character, and I appreciate the fact that he sees Bond as an intrinsically unlikable person. It just makes sense. He kills people for a living, can’t have any substantial personal relationships, and he’s required to callously use people he meets along the way. Also, others are constantly trying to kill him. It makes sense that Craig isn’t too worried about getting the audience on side, or giving sly winks to the camera.

The supporting cast set up by the last film – Moneypenny (Naomie Harris), Q (Ben Whishaw) and M (Ralph Fiennes) – work really well too. The central three have quite a lot to do this time around, and the film’s always enjoyable when they’re on screen.

It’s only when the central Bond girl appears that Spectre becomes less impressive. It’s not that Léa Seydoux does a bad job – rather that her character feels forced, almost like the writers included her because they felt they had to (much like that last minute comedy pass that was done on the Skyfall script, which is blessedly missing from this film.) To make matters worse, around about the same time we get an action scene that’s…well…it’s just ridiculous, and really took me out of the film. Logic disappears completely and the film suffers as a consequence.

The rest of the film plays out well enough. Dave Bautista has fun as what is effectively the 2015 version of Jaws, and I never got bored. But all the same, the gaps in the story really bugged me. Skyfall only fell short on this front in retrospect. Spectre, on the other hand, had me scratching my head during the screening.

It may sound like I’m nit-picking, but when a populated area suddenly becomes devoid of extras, or a wholesale destruction of a public place goes completely unnoticed, you have to wonder why Mendes thought this would be okay. There’s also the fact that the grand plan of this film’s evil genius is determinedly underwhelming.

At the end of the day, there is some brilliant filmmaking on show here, and on a scene-by-scene basis, Mendes’ work really impresses. If half the action movies that graced our screens were put together with such care and finesse, we’d be lucky, lucky cinemagoers indeed. But when the story barely hangs together, it doesn’t matter how white-knuckle the car chases. Spectre is by no means a bad film, but there are glaring missteps along the way.