Role Models is an amiable enough flick that amuses without making any particular impact. 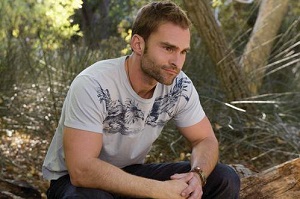 Paul Rudd and Sean William Scott play a couple of immature guys (the only male characters to appear in comedies these days, it seems) who spend their days pushing the energy drink Minotaur on schoolkids under the guise of anti-drug presentations. Danny (Rudd) seems to have just realised he’s been treading water for the past ten years and wants out, though doesn’t exactly know how to go about it. On the other hand, Wheeler (Scott) loves his life, and wouldn’t change a single part of his week. On a particularly bad day the two of them break a number of laws and are ordered to partake in community service – specifically, looking after kids through the peer support program Sturdy Wings.

Of course, the kids aren’t exactly easy to hang out with. Ronnie (Bobb’e J. Thompson) is a foulmouthed young racist, whilst Augie (Christopher Mintz-Plasse) is a supergeek that loves nothing more than to get it on medieval style with his live action role playing buddies down at the park.

Role Models excels in cheap laughs, but that’s not to say it’s a bad film. It’s often reasonably funny, though Mintz-Plasse doesn’t really succeed as the über-geek. He simply doesn’t seem comfortable in the role and seems to be approaching it from the outside, which simply doesn’t cut it in the eyes of this geek (who’s not quite a LARPer, but close…). There are some pretty low blows aimed at LARPers, but I can’t imagine anyone would be that pissed off, cos the battle sequences are actually pretty darn cool. The subplot involving Rudd’s ex Beth (Elizabeth Banks) is pretty poor indeed, and it’s a wonder why Banks even accepted such an inconsequential role. The film would have been much better if this narrative strand had been a little more involved. The main problem is that the character arcs of Danny and Wheeler are too slim to have much of an effect. Danny wants out from the very start of the film, so there isn’t really anywhere for him to go next. He fails again and again, but I’ll be damned if I can work out what life lesson he learns along the way. Wheeler has no wish to change, and doesn’t, so it’s a bit pointless in that regard.

It’d be a funny enough beer and pizza DVD movie.