Although I was born in the 1970s, I am a cinematic child of the 80s. Some of my earliest memories of cinema include waking up after falling asleep part of the way through Raiders of the Lost Ark or watching Arnold Schwarzenegger duke it out in Commando at an 8th birthday party.

Given this pedigree, it might not be surprising that I still remember the era when Sylvester Stallone was both Rocky and Rambo. Sly was the biggest star of a time when action movies could be simple ‘us vs them’ creations without any nuance. 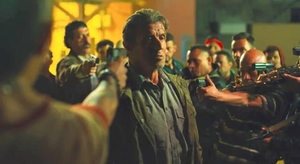 Which isn’t to say that the first film featuring John Rambo – First Blood, released in 1982 – wasn’t a film worth watching. The original Rambo film is a thriller that explores the dramatic story of a soldier who can’t escape his past. It is a dark and sad film, with Stallone giving a strong performance as the anti-hero. Subsequent outings have moved further and further from the original character such that the writer of the original novel reporting being embarrassed to be associated with this film.

I agree with these RAMBO: LAST BLOOD reviews. The film is a mess. Embarrassed to have my name associated with it.https://t.co/Yd2G9T7A9A pic.twitter.com/RS0gGHzL5h

In Rambo: Last Blood, John is a rancher in Arizona who tends to his horses and shares his home with a Mexican friend Maria (Adriana Barraza) and her granddaughter Gabrielle (Yvette Monreal). When Gabrielle goes missing after travelling to Mexico to see her estranged father, Rambo will go to war one last time.

It is hard to overstate just how anachronistic this film feels in 2019. For lovers of action films who don’t want to be challenged by their choice of entertainment – people who will say things like “it’s just a film, it doesn’t have to mean anything” – Last Blood will still be hard to accept. This film is overtly racist and doesn’t even pretend to be otherwise. Of course, so were the earlier films in the series so one shouldn’t be surprised, and yet it’s hard to see this film getting made in 2019 without the name of the lead character being John Rambo. 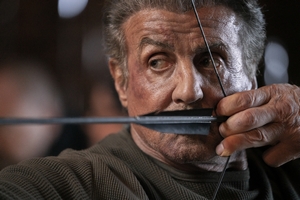 Obviously, he eventually wins by setting a series of elaborate traps – just like in the previous films – and achieving a body count to rival the number of lies told by Donald Trump while in office. None of the action sequences feels fresh or interesting, in what really feels like a paint-by-numbers approach to the writing.

The audience is asked simply to humour Stallone and his longing for the old days, and ignore the ridiculous plot and its many holes. Perhaps Stallone and his team really believed their fans wouldn’t notice the problems, or maybe they didn’t care.

Either way, Stallone needs to retire this dated action hero before he wastes more of our time.