Prozac Nation took a while to build, but by the end I well and truly felt for Elizabeth, played by Christina Ricci. I’ve always been a fan of her work, and thought her work in Monster was unfairly overshadowed by Charlize Theron. In Prozac Nation her performance is great, if not jaw dropping. I wonder if maybe her other role as co-producer meant that she wasn’t pushed quite as far as she should have been. She was, however pushed to limits of 80’s fashion, which, whilst admirable, makes you wonder what we were all thinking back then. 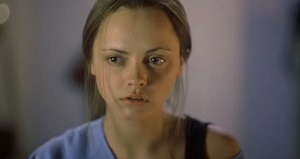 Michelle Williams is fantastic, seeming like she is completely comfortable with the role without ever overplaying it, and Jason Biggs gets to show that he can play characters other than the pie poker.

This isn’t a very grungy looking film, looking a bit more like If These Walls Can Talk than, say, the drug addled Spun. Unfortunately the DVD presentation of the film was in 4:3, so I can’t really comment on the cinematography (Eagle Entertainment seems to have a habit of doing this – grrr!)

Prozac Nation does a fantastic job of probing the complex issues surrounding the treatment of depression. It’s truly eye-opening to see someone go from yelling abuse to crying apologetically, then back again. I can’t think of any other films that presented depression in such a convincing manner – many have been to extremes (Secretary, Girl, Interrupted) but I can’t think of any quite like Prozac Nation.

I’m now inclined to go out and read the book. This is a great film that takes a while to get going, but after a while you can’t help but be entranced by Elizabeth Wurtzel’s story.