The prospect of Shane Black returning to the Predator franchise (after script doctoring and co-starring in the original) was certainly an enticing prospect, and like many others, I was terribly disheartened by the trickle of negative reviews coming in recently. But the film has also seen its defenders.

So I’m here to let you know whether this Predator film is for you. 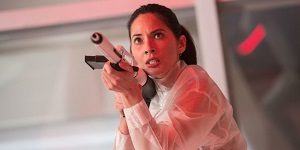 First off, if you liked the banter and sense of fun from the first act of the first film, then you may indeed like this breed of sequel. The difference is that, here, it runs throughout the whole film. Don’t expect anything as primal as the climax of the original.

It is surprising that no Predator sequel has really attempted to mimic the tension and slow build of the 1987 movie. You might argue that it’s pointless for a sequel to do so, when we’ve already seen what the titular beast can do, but then Aliens, Alien3 and Prometheus all dabbled in a slow build before unleashing the beastie. Why no one’s interested in doing the same for this franchise is anyone’s guess.

Secondly, this film has a fun plot and some unique characters, something that was completely missing from Predator 2 (a film that had five of six good ideas but seemingly forgot to write a script.) Black’s story provides some nice additions to the lore, and whilst it does have a tendency to over-explain (this is the franchise that features “IT DIDN’T SEE ME”, after all), there’s enough here to keep the franchise ticking over. If you like the usual Black and Dekker dialogue, then this film will hit the spot.

Thirdly, the action is decent. You could argue the sense of peril isn’t really there – this is an action movie in the era of the superhero after all – and you’re never really worried that this predator will be unstoppable.

So what’s wrong with it? Well, first off, it’s in a bit of a rush. The film is edited within an inch of its life. I appreciated watching a big budget movie that didn’t stretch for 2.5 hours, but all the same, the story doesn’t get room to breathe. I missed some of the dialogue too, in all the explosions and gunshots.

My second criticism is something few will be bothered by: I don’t feel it lives up to the “Predator in the ‘burbs” concept that was promised. We spend a lot of time in the forest, which is weird, since I had assumed that the idea of putting the beast in the suburbs was (a) to differentiate the film from the others and (b) to keep the budget down.

Finally, there’s the fact that, well…it’s a little offensive. 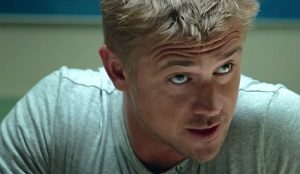 Simply put, if you’re going to be bothered by the ham-fisted inclusion of a character with Autism, then don’t sit down to watch this. Cube was 20 years ago, but there were even complaints back then. In 2018, it seems a strange choice for an over-the-top action-comedy. For the record, I’m not sure about the way it deals with PTSD and returned servicemen either. I have no personal experience with either of these things, so I’m not a good judge of the material, but nevertheless, my Spidey-senses were tingling.

It’s a damn fine cast, by the way. Keegan-Michael Key, Olivia Munn, Sterling K. Brown and Thomas Jane are fantastic members of our ragtag bunch of characters. Lead actor Boyd Holbrook doesn’t exactly leave a lasting impression, but he gets the job done, whilst Jake Busey and Yvonne Strahovski are terribly under-utilised.

The Predator doesn’t come close to matching the simplicity and genius of the original film, nor is it the waste of time and effort that was Predator 2. It does, however, continue the trend of sequels in the franchise unable to hit home runs…