After the relative success of the first in this sequence of big-screen adaptations of the highly popular television series from the late 1960s, the second film was a disappointing failure. The amazement at how the various tasks could be achieved had worn off, and the lack of charisma of Dougray Scott as the lead villain meant that Tom Cruise as Ethan Hunt dominated proceedings far too much. Thankfully, J.J. Abrams saw fit to employ a more formidable foe for this third installment, with Philip Seymour Hoffman playing a role unlike anything he’s done before, and as far from Truman Capote as humanly possible. 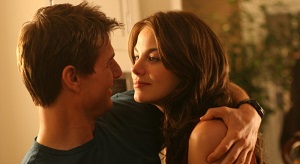 Mission: Impossible III is certainly stronger than its predecessor – the characters are given slightly more depth, there is the usual intrigue and concern about the possibility of a ‘mole’ in IMF, and the action sequences regain some of their lost excitement. Cruise seems not to have aged in the ten years since Mission: Impossible, and he again maintains a credible performance as IMF agent Hunt. His action sequences are well-handled, and he clearly still knows how to mess up a room. Ving Rhames continues as Luther Stickell, although at times he is required to be more of a moderating influence than before, and he is also saddled with the role of comic relief, a task he completes without ever excelling.

The new cast include the wonderful Michelle Monaghan, who continues to impress after excellent performances in both North Country and Kiss Kiss Bang Bang, and Keri Russell, Laurence Fishburne, Billy Crudup, Simon Pegg, Jonathan Rhys Meyers and Maggie Q, all of whom are reasonable without being compelling. It is really Monaghan and Cruise who are given the most interesting arcs to work within, and Monaghan is a highpoint of what is otherwise a by-the-numbers affair.

Mission: Impossible III is set (as always) around several action set-pieces, but the intervening dramatic sequences are a new feature of this series, and although they never entirely work, Monaghan and Cruise seem to be trying their best. The Mission: Impossible films are always about the big stunts and the amazing break-ins, however, and those longing for more of the same won’t be disappointed. Seemingly deliberately shot to be as hard to watch as possible, and with hand-held camerawork the order of the day, M:I-3 is not for those prone to dizzy spells – the effects of various explosions and the catapulting of characters through the air or the zooming of trucks, buses and helicopters across the screen, lead to a fairly difficult to watch experience.

Disappointingly, the main sensation experienced during the watching of M:I-3 is one of déjà vu – surely we’ve followed this plotline before in the series haven’t we? Additionally, much of the structure of the film focusses our attention on one moment, and without wanting to spoil things, one can only say, well, sure… There is also one scene when all common sense is thrown out the window, and one can only wonder how it got past the many people who would have had to have signed off on its inclusion.

Although better than Cruise’s last action effort, (the abysmal War of the Worlds), and certainly an improvement on M:I-2, Mission: Impossible III is an adequate actioneer only. The intrigue is not so intriguing, and the drama, whilst an admirable attempt, doesn’t quite fit within the structure of the Mission: Impossible storylines. Entertaining at times, but never brilliant.

Yep. A bit of fun and nothing more. The great bits tend to average out the poorer ones (there’s a lot of cheese thrown around in the quieter moments, and some less than satisfactory lines). Poor Ving Rhames gets stuck with all the awful one-liners; I could almost picture him crying in between takes at the unfairness of it all. As you’ve probably guessed from the poster/trailer, this film has a huge amount of big name stars, some of which may seem at first to slightly out of their element. The exciting inclusions are Simon Pegg (Shaun of the Dead) and Billy Crudup (Big Fish) in their first big action movie. Jonathan Rhys Meyers (Match Point) seemed completely gratuitous, and I wondered if he had a larger role that was cut during postproduction. 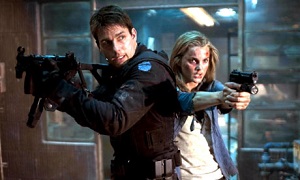 Then of course there’s Philip Seymour Hoffman, in a deliciously evil role. As is to be expected, he’s one of the highlights of the film, and his performance became even more impressive when I realised that his character had absolutely no back story nor development throughout the entire film. All credit is due to Hoffman, who made something out of nothing.

Of course I was the most excited about the prospect of TV’s Felicity (Keri Russell – The Upside of Anger) waving a gun around and being an action hero. The concept was so absurd that I just had to see it for myself. She doesn’t disappoint, and I’m sure co-writer/director J. J. Abrams was eager to give her a chance to shine after the demise of her TV show.

The action is very good, although naturally doesn’t come close to De Palma’s nail biting finale from the first movie. There are a few annoyingly hand held bits – making one particular car chase redundant – although I wasn’t as frustrated as Mark at the cinematography. The special effects are good enough, though just barely. Most of the big action SFX moments are well thought out but terribly executed.

It’s been so long since the first two films that I forgot about the silly gadgets and high tech gizmos. To be fair such elements are presented in a rather tongue in cheek fashion, but in an industry where even comic book movies have been aiming for an increasingly ‘realistic’ edge (such as Batman Begins), it was a little strange to see such improbable moments.

Did we need another Mission: Impossible movie? Probably not. It’s a case of been there, done that. But enjoyable all the same.

←Summer in Berlin The Squid and the Whale→