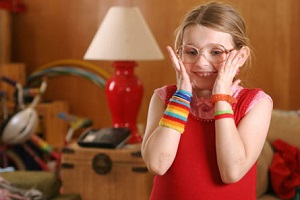 We have a top-notch cast in attendance – you can’t go wrong with Greg Kinnear, Toni Collette and Alan Arkin, though the three of them are confined to roles that, whilst not exactly caricatures, never really go anywhere. The same can be said for Steve Carell and Abigail Breslin, though their performances are certainly something to take notice of. Carell, previously best known as The 40 Year Old Virgin is fantastic as the recently unemployed and dumped suicidal uncle, and when we first meet him his haggard features seem completely drained of life. His brilliant performance never goes too far, and this role was a perfect sidestep into drama. Breslin is another child prodigy (we seem to find at least a couple a year) and she’s simply stunning, in fact giving the adults a run for their money.

The set up is a little hokey – we all know that this patchwork family are going to have to share a combi van so that young Olive (Breslin) can make it to the Little Miss Sunshine Competition some distance cross country, we just have to wait for the characters to realise this. We also know that they are going to come to blows on the journey and whilst there will be the inevitable hiccup we never really doubt that they’ll make it to their destination. This predictability makes the film rather frustrating, and I never got the feeling that the Hoover family’s individual transformations were pronounced enough. The climax is the most disappointing of all, almost as if the filmmakers simply didn’t know how to wrap it all up.

It’s really an 8 million dollar version of an indie flick like The Daytrippers, though unfortunately there isn’t enough room in the script for the actors to truly shine. This seems to be Michael Arndt’s first feature script and whilst it’s got its fair share of charm it’s lacking anything remotely unique. Little Miss Sunshine feels like a ‘safe’ version of quirky film, whereby the characters’ wacky actions are mere shadows of what could have been. I merely smiled at times when I should have been laughing uproariously. Little Miss Sunshine left me wanting more.

←The Devil Wears Prada The Departed→