Gregory J. Read’s feature begins somewhat modestly, in fact feeling a little more like a BBC murder-mystery telemovie than a feature film. An Australian/UK co-production, the film is set in England and has everyone, including Richard Roxburgh and Toni Collette, sporting English accents. 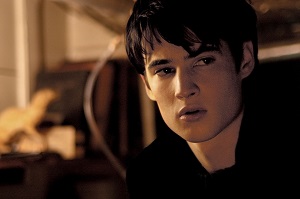 My initial disappointment at this seemingly Minette Walters-kind of affair gradually wore off as the film became more and more complex. Read’s script is brilliant – subtle, intelligent and absorbing, and before too long has branched off in several disparate directions. Secret societies, iconography, historical fanaticism, incest, murder and good old fashioned horror combine to form a truly striking feature. None of these elements overstep their mark, however, and part of the film’s brilliance is its ability to hint at something greater, without going so far as to be blatant like many of its contemporaries.

Collette and Roxburgh don’t really put in that much screentime. As a forensic psychologist and police detective respectively most of their investigation is told in flashback as young Alex Bennett is charged with the murder of a schoolmate. Eddie Redmayne plays Alex with chilling conviction. At times reminiscent of a younger Jonathan Rhys-Meyers, Redmayne no doubt has a big career ahead of him.

Like Minds manages to be The Covenant, The Da Vinci Code, The Chocolate War and The Interview all at once – and it certainly outdoes the first two simply for refusing to dumb anything down. There is an ominously haunting tone to the entire film, and even if the conclusion can’t quite compete with the build-up, it was wonderful to sit through a film having no idea in which direction it would take us.

This is a marvellously dark feature forever dominated by shadows, and I can’t remember one single glimpse of sunshine. Carlo Giacco’s score is fantastic also, helping to truly push the film to even darker places. Like Minds is at times disturbing, frightening and shocking. Its slow-burn narrative may be frustrating for some people, but the mystery kept me hooked until the final frame. Highly recommended.