I am biased, however, in my appraisal of this film since I love the work of Alan Moore. I have read ‘From Hell’, ‘Watchmen’ and ‘Swamp Thing’ and have come to appreciate how he raised the bar when it comes to mature graphic novels. 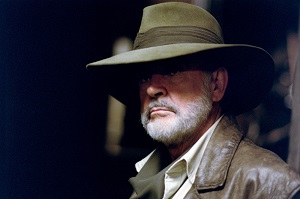 This meant that I could recognise his unique twist on the comic world all through LXG. And in many instances I could see where Moore would have taken it further, yet the filmmakers held back. (Apparently Alan Quatermain was quite the junkie.) So although I really liked the film it’s hard to say how much of that was from the film itself, and how much was because of Moore’s inferred ideas that didn’t actually make it to the film.

Of course Stephen Norrington has a lot to live up to since he directed the original Blade, but then again he also made The Last Minute (which I found totally incomprehensible). His name doesn’t always guarantee fantastic films, but at least you can be sure they will always look good.

I’m thinking that at this moment I should stop so that there’s enough room on the page for Mark to bag this film completely. And in preparation for his written assault I shall say that I had no trouble following the action and the cinematography didn’t leave me dizzy whatsoever (in the ways that many new special effects films do, Inspector Gadget being the worst offender).

I was thoroughly entertained by the mix of fictional characters, and loved the early 20th century setting. I actually thought that the film was too short (something rare for me) and could have done with backgrounds to all the characters (something I’m sure must have appeared in the graphic novel).

And I was excited to see this rubbish?

I was actually, but only after the preview. The first minutes of the film put me off, and it got worse. From start to end, one cliche after another. What were they thinking?

I know Stu says the cinematography and editing were ok for him… maybe it’s my age? 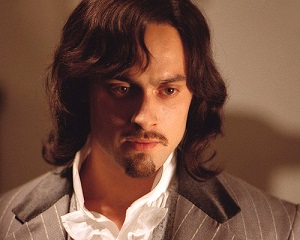 Whatever, the film is cut to pieces by bad edit after bad edit, and there is barely one cohesive shot sequence in any of the action scenes. It’s like someone said ‘hey, we have some great characters, with some really cool abilities, but lets not show anyone – instead, let’s edit the film so badly that no characters’ action in any one fight scene can be followed from beginning to end’. Why? Why? Why? The only thing going for this film from the beginning was the bringing together of the disparate characters with their individual skills, but we never got to see them used! Bizarre.

Apart from that gripe, I felt not one character was allowed to be revealed to us properly – we only got glimpses of each. Maybe it would have been better for us to get to know them a bit? Just a suggestion.

The final clincher was the schmaltzy rubbish at the conclusion – the passing of the flag between British and American superheroes with the passing of the 19th Century. Can I vomit now please? One star for bringing together these characters of fiction. That’s it.

The League of Extraordinary Gentlemen