Opening a week prior to School Holidays in Australia is John Tucker Must Die, a curiously titled and marketed film about the revenge of several spurned women, which has very little to offer other than the usual, rather pitiful, ‘teen angst’ in middle class US high schoolers. Really, there must be something more important to worry about than a serial sleaze who is just so dreamy, mustn’t there? 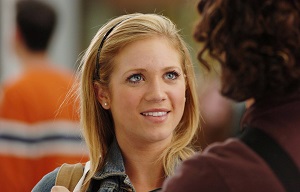 One wonders if Jesse Metcalfe has ever, in a moment of existential clarity, pondered what his precise role in the universe is to be – appearing first in the classic daytime soap ‘Passions’ before coming to prominence as the teen love interest for Eva Longoria in ‘Desperate Housewives’, and then following it up with high school stud and all-round legend John Tucker… he may be the most sexually successful teen in the history of the world. Where can it go from here? Sure, Metcalfe may become the future Tom Cruise, (another whose prominence can be traced to a tale of older woman bringing a younger man to maturity), and become a dramatic lead and the envy of his peers, but is he ever likely to surpass his youthful good fortune?

Surrounding Metcalfe are the usual collection of beautiful wannabes, none of whom have the presence or charisma to steal any of their scenes from their rather wooden male lead. Brittany Snow, Ashanti, Sophia Bush and Arielle Kebbel all fail at their minimal tasks, with only Snow having any appeal whatsoever. Her performance as Kate the naif is adequate, without ever being exceptional.

Filled with predictable setups, John Tucker Must Die truly is the ultimate in generic filmmaking. The barely amusing way in which no matter what the poor girls throw at their victim his popularity means it doesn’t stick, could have been an interesting point about revenge, but it is not given the necessary follow-up to achieve significance. The ‘moral’ of the tale about Kate being true to herself and not losing who she is in the quest to be someone of importance in this community, is similarly underdeveloped and comes off only as trite.

While John Tucker Must Die is filled with beautiful young bodies, there is very little to suggest they are anything apart from that; not one of them ever seems to use their mind. Perhaps it will find an audience amongst those similarly intellectually deficient, but for anyone who requires even a hint of cerebral exercise in their filmwatching, Tucker may best be avoided.