Some of our readers may or may not be aware that Mark and I actually met through Leo9’s production of ‘The Importance Of Being Earnest’. In fact we were butlers… together (insinuate of that what you will). Thus I was never really excited about the prospect of paying to see something I’d already performed in. 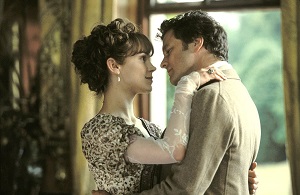 Oliver Parker’s version of Oscar Wilde’s classic play is pretty good. There is certainly a very talented cast in attendance, and they all seem to love being a part of such a fantastic play. Of course there’s not many changes you can make to a play such as ‘The Importance Of Being Earnest’ – the cleverness lies in the dialogue. In order to take it beyond the stage pretty much all you can do is alter some of the locations, and shift around a couple of scenes.

There was one significant change made in Parker’s film (excepting one significant suggestion made at the very end of the film), and that is the inclusion of Cecily Cardue’s fantasy sequences. Such moments completely destroyed the film for me, and they were nothing more than irritating distractions.

The Importance Of Being Earnest is worth a watch only if you’d like to see these particular stars having a go at Wilde’s play. Other than that it’s better on stage.

(I should point out my rating for this film doesn’t really include Wilde’s play – of course the play is brilliant, it’s the film that’s on trial here).

The Importance of Being Earnest