This has got to be one of the most annoying films I’ve seen in a long time. Sitting through this film seriously made me want to commit something violent.

You’ve got a collection of superior actors (Owen, McDowell, Rampling), bumbling about in a film that fails on just about every level. First of all we’re treated to a very noir opening set of credits, which were quite exciting to say the least. Unfortunately they completely misrepresented the film, and were quite possibly the only good part of I’ll Sleep When I’m Dead.

Then we see the opening collection of scenes which set up the premise for the film. Okay, fine so far. 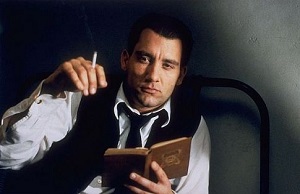 I never watched the TV series ‘Columbo’ although I understand that every episode began with the committing of a crime, and then Columbo walked around trying to figure out what happened. Apparently a large selection of viewers always decided to turn the TV on 15 minutes late, just so as they could work it out in tandem with the great mystery solver.

In I’ll Sleep When I’m Dead, we have to sit around for a good 45 minutes before Clive Owen’s character figures out what we’ve already witnessed at the very beginning of the film. This ‘Columbo factor’ is a complete waste of time. Then, to make matters worse, we then have to watch Owen explaining to the other characters involved, one by one, what happened at the start of the film. By then we’re a good hour and twenty minutes in, and all that’s left is a denouement that is EVEN MORE ANNOYING because it almost achieves brilliance.

In fact the climactic scene does achieve brilliance, and on its own could have become a classic moment in modern cinema. But instead, the filmmakers then turn around and completely renege on all the good work they’ve just done and wreck the scene completely.

I’ll Sleep When I’m Dead is boring, boring, waste-of-time stuff. Croupier may have been okay, and no one argues that the original Get Carter isn’t a classic, but Mike Hodges has lost his way here. I imagine that this film never got a very big release, so hopefully it hasn’t affected Owen’s career, currently on the rise with high-profile films such as King Arthur (and The Bourne Identity, and those BMW commercials).