House Of Sand And Fog is an interesting film, masterfully accomplished. 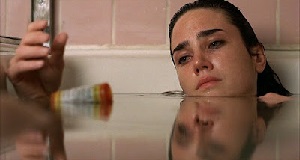 Here we have two very high calibre actors: Jennifer Connelly who only seems to have been truly appreciated in the last several years, and the more experienced Ben Kingsley. They work well together here, but the best part of this film is the script.

House Of Sand And Fog is basically an argument between two people. Where this film excels is in its incredibly balanced creation of this dialogue. No matter how many bad things happen in this film, all the actions can be traced back to people trying to do the right thing. What makes this film so tragic is that the desperate remedies didn’t come from a place of evil or selfishness, but rather from an act of kindness or purity.

It is fantastic to see a story that is so perfectly balanced. As soon as you feel sympathy for one side of the argument, we’re shown the other side which is equally valid.
House Of Sand And Fog is a great experience, even if the film pushes a little too far in the final stages. A deliberately slow and poignant tale of conflict sparked from innocence.

House of Sand and Fog