Wow. Am I allowed to take back my last two Harry Potter reviews?

This fifth entry into the Harry Potter franchise is easily the best of the lot. It manages to contain more drama, more wonder and more genuine emotion than I thought possible from a Harry Potter film. Michael Goldenberg (who also wrote the terribly underrated Peter Pan, directed by P.J. Hogan) has done a fine job of turning the least exciting (and most gratuitous) of the novels into a fantastic film that isn’t afraid to take its time. It’s entirely possible a lot of kids will be bored with Order of the Phoenix, but I for one loved the steady build up – there’s almost no action whatsoever until the climax… and when it’s time to get down to business, the film certainly packs a wallop. 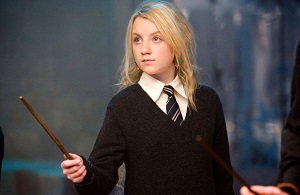 If my memory serves correctly this most recent installment manages to sit more comfortably as a chapter of a saga than any of the previous films. Of course much of this is done through flashbacks (it’s amazing how young Radcliffe et. al. looked back then), but the journey of Potter and Voldemort seems to make sense now. I don’t remember ever being this emotionally involved in a Harry Potter film before.

There are a couple of new actors making an appearance this time round, but Evanna Lynch stands out as Luna Lovegood. This is Lynch’s first film and her style is so naturalistic that she doesn’t actually seem to be acting. It’s like her performance is without any pretence whatsoever – as if someone forgot to tell her that it was make-believe. Her interpretation of Luna isn’t quite as wacky as the character I remember from the book, but the drugged-out, serene and above all benevolent young girl is a welcome addition to the greater cast. The other significant newbie is of course Dolores Umbridge, played by Imelda Staunton with a stern and prim demeanour that refuses to slip into outright ‘evil’.

Of course this is a Harry Potter film, and the whole series is a bit of an oddity. I’m not sure if there’s ever been a franchise based on such an avidly read series of books. Sure, C.S. Lewis’ Narnia books are pretty popular, but The Lion, the Witch and the Wardrobe didn’t make it to the big screen for 50 years – Harry Potter’s transition has occurred whilst the series is still being written. EVERYONE (well, almost) knows what to expect, so it’s such a problematic enterprise. In the Order of the Phoenix I’m confident that director David Yates did the best job humanly possible. Sure, the supporting characters don’t get much of a chance to shine (Ron and Hermione don’t have any character arcs to speak of), and some of the new characters don’t get the attention they deserve (Helena Bonham Carter is woefully under-utilised as Bellatrix Lastrange, as is Natalie Tena as Nymphadora Tonks), but this is the first time that I’ve been captivated by the magic of Harry Potter. I would be quite comfortable if this was the only Harry Potter movie in my DVD collection, cos it’s the first one I’ve ever wanted to see again.

In what is essentially the first true film to be made from the Harry Potter series of novels – the other movies being uninspired failures to reimagine the texts, with the novels used as by-the-numbers source material for films that could be directed by monkeys – Harry Potter and the Order of the Phoenix succeeds admirably. Finally, here is a Potter film that works as a film! 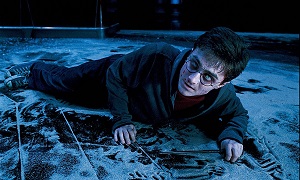 Harry, Ron and Hermione are older and their troubles more disturbing. Harry is still recovering from the attack on his life during the Triwizard Tournament of Goblet of Fire, that left Cedric Diggory dead and the non-Muggle world suspicious of his claims that He Who Must Not Be Named has returned. Politics at the Ministry for Magic mean he is almost an outcast, abandoned but for those of the Order of the Phoenix. This band of wizards and witches, originally formed by Dumbledore during Voldemort’s first reign of terror, vows to protect Harry, but they are thwarted by the actions of the Minister for Magic, and senior undersecretary Dolores Umbridge. Umbridge’s appointment as the new Defence Against the Dark Arts professor (and subsequently Hogwarts High Inquisitor), means that even Hogwarts becomes a place Harry can’t find peace.

Harry’s isolation provided the bulk of the novel, with page upon (hundred) page featuring a sulky, moaning Potter, as unrecognisable from the Harry Potter of The Philosopher’s Stone as Thestrals are to those untouched by death. Thankfully, Michael Goldenberg and David Yates have decided to minimise these passages, without ever losing the point – Harry is troubled by the enormity of the events he is caught up in and feels threatened and alone. This leaves Order of the Phoenix the trimmest of the series… at only 138 minutes this is positively a short film!

The new additions to this ever-increasing cast of stars include Evanna Lynch as Luna Lovegood and Imelda Staunton as Dolores Umbridge – both are impressive. Helena Bonham Carter appears in a blink and you’ll miss it turn as Bellatrix Lestrange, and Gary Oldman returns as Harry’s godfather, Sirius Black. 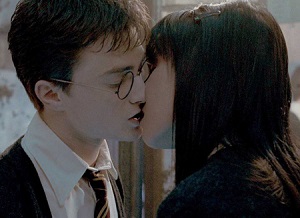 Although Yates tries to ensure the midsection doesn’t drag in the way the novel did, Order of the Phoenix still takes a while to get to the big showdown scenes of the final act, and these are enjoyable without being spectacular. The death eaters seem overwhelmingly powerful in comparison with those of the Order (and especially with the children of Dumbledore’s Army), and one wonders why things settle down as they do. The final great battle is, however, rather exciting.

There are hints toward the future throughout, and a reasonable use of flashbacks to illustrate change over time. The special effects are good although certain scenes still suffer, and there are also occasional moments of comedy – a deliberate juxtaposition catches the eye.

Harry Potter and the Order of the Phoenix is still flawed, but is more enjoyable than any of its predecessors. Here’s hoping for more improvement again in the remaining two in the series.

Harry Potter and the Order of the Phoenix