This is going to be one of those films where the traditional rating is going to vary wildly from the hoopla factor. 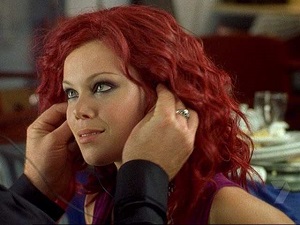 When I originally saw this film in the cinema I was in the perfect mood for seeing it. The cinema was almost empty, and I was one of the only people there that laughed at the jokes, but I enjoyed it all the same. I was a bit worried that after purchasing the dvd I might find out that everyone else was right and that it was a shit movie. But, thankfully I still love this film that misses the mark in so many different ways.

This is a major departure for Alex Proyas, who was responsible for the boring yet pretty Crow (the soundtrack was one of the better parts of the film), and the awesome Dark City which I think I saw at the cinema four times. His dirty fingerprints are all over this film, and even though it is a lighthearted band movie, it

Well, what can I say that Stuart hasn’t? This is a shit film, for a start…

There is potential here for a good film, but the basic premise and plot doesn’t lend itself to potentially being great, and it doesn’t live up to its potential to be just good either. Does that make sense? Basically this could have been ok but ended up mediocre.

A solid cast, but poor scripting and character development left the interesting characters under-utilised, and the less interesting over-exposed. 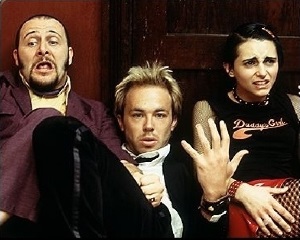 Miranda is reasonable, although her character is one of the underdone, and she could really have had a lot more to do – it seems a shame to have wasted her talent. Her sex scene is exquisitely uncomfortable as well – she clearly didn’t enjoy it, and for all I know may never actually have had sex, it was that hard to believe her ‘performance’. Stange was also good. Kick Gurry is rubbish, and how this bloke got two films in such short succession is beyond me. Stuart did a better job in Leo9’s ‘The Importance of Being Earnest’, and he was the lesser of the two butlers in the cast.

And where did the psychiatric band member come from? This bloke was essentially absent for much of the film, and then suddenly he’s doing a Donnie Darko? Give me a break.

I also don’t get why the drug-fuck scene is so overused nowadays? Is it interesting? Not really. So why does every ‘youth culture’ film seem to have a drug scene showing us their high imaginings? I’m over it. No more, please.

I can’t say too much positive about this film. I didn’t find it funny, I didn’t empathise with the characters, I didn’t lose myself in the plot at all. In fact I was watching the clock.