Adapting a novel with which the majority of the book-reading Western world is familiar can’t be an easy task. Not only do you have millions of fans that will demand the film be faithful, but with ‘The Da Vinci Code’ you also have a mystery novel so meticulous and focussed that it leaves very little room for interpretation. 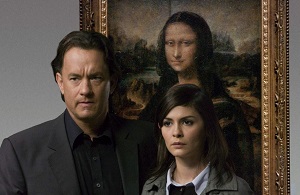 I read the book over two years ago so I was in the fortunate position of remembering most but not all of the story, which was a blessing considering just how faithful screenwriter Akiva Goldsman (I, Robot) and director Ron Howard (The Missing) have been. If you grabbed the book only a week ago in time for the cinema release then you may be in for a disappointment (or at least a strong sense of déjà vu). The film is similar to the first Harry Potter film in that it pretty much covers everything that the book did, albeit with slightly less detail, but it is the performances that make The Da Vinci Code more of a success than Chris Columbus’ film.

Tom Hanks seems far too old for the role of Robert Langdon, but makes a dedicated effort as the academic-detective of the piece. Audrey Tautou (A Very Long Engagement), Jean Reno and Alfred Molina all put in strong performances also, in roles that don’t really demand too much of them other than to be the generic heroine, cop and evil Bishop. Paul Bettany has a bit of fun – and who wouldn’t? – as the self-flagellating albino monk, but it is Ian McKellan that grabs our attention in a superb performance that goes above and beyond the call of duty. Sir Leigh Teabing is a joy to watch, and the film runs all the more smoothly in his presence, even in the lengthy exposition scenes.

One can surmise that such a dialogue-heavy novel left Hollywood with very little room to add gratuitous action. Thus we have a tonne of flashbacks and curiously unspectacular special effects inserted in the hopes of making the film a little more pleasing to the eye. Though some are clearly unnecessary, on the whole they work, and the technique of illuminating the letters as Langdon deciphers anagrams was particularly entertaining.

I can’t remember if they featured in the book, but there are a couple of lines that seemingly exist only to placate anyone who may be offended at the depictions of certain members of the Church. They don’t really interrupt the flow of the film at all, however one would hope anyone likely to be offended by The Da Vinci Code probably wouldn’t be going along to see it anyway (unless they really really wanted to get angry at something…).

Ron Howard’s film admirably represents Dan Brown’s book on the big screen, and I’m sure it’ll only be a matter of time before we see the prequel ‘Angels & Demons’ up there also (since it seems everyone read the novels out of sequence anyway).

The Da Vinci Code joins a long list of failed conversions of popular novels to the screen, sharing prominence in recent years with the likes of Harry Potter 1, 2 and 4. Its only redemption is that the source novel is so entertaining.

Why Hollywood continues to believe it can just film a novel straight from the text without first editing, reformatting and re-imagining it into something screenworthy, is a mystery for the ages – perhaps one that will never be solved. Ron Howard and Akiva Goldsman have taken one of the most popular novels of all time, and in attempting to convert it for the screen they have forgotten that film is a different art form. Much as Chris Columbus (who was responsible for the uninspired adaptations of Harry Potter and the Philosopher’s Stone and Harry Potter and the Chamber of Secrets), and Mike Newell (who helmed the disappointing Harry Potter and the Goblet of Fire) failed to see that simple principle, Howard seems to have desired to stay so true to the source work, he forgot his film was supposed to be entertaining. 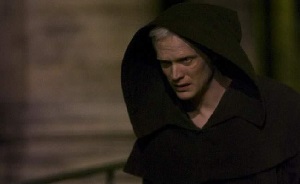 Novels can be put down and picked up again at will, allowing much greater freedom for long expository sequences and character development, and yet the skill of a great filmmaker is to convey the information concisely, such that we feel we know the characters and plot as well as were they written, but within the time and attention-span limitations that are inherent on screen.

There are some elements that are well managed – the symbol illumination that Stuart refers to above works very well, and the scenes with Robert Langdon’s imagination played out are a useful technique that allow some streamlining of the exposition and reduction in the relative verbosity of his character. The translation of Silas the Albino Monk is horrifying, with his self-flagellation more appalling for being in vivid colour, and Paul Bettany almost unrecognisable. Sir Ian McKellen, as other reviewers have mentioned, stands out amidst a sea of average performances, and in fact seems the only one having any fun. His sparkle and wit, and the vigour he displays, put some of his colleagues to shame.

Sadly, even the great Ian McKellen can’t save some of the dialogue; much of this is so over the top as to make one laugh. The final stanza contains several examples of what could be future ‘lines of the year’, with Tom Hanks especially unlucky. There are laugh-worthy moments, but generally one can only cringe.

Ron Howard makes well-made films, and this is no exception. As mentioned, the special effects that allow us to view Langdon’s imagination are informative without being showy, and fit seamlessly within the film. The tension is ramped up, and then released, before being ramped up again and again, but one suspects that with most of the world having read this novel, there won’t be many surprises. At a tick under two and one half hours, the risk is that the patience of the audience is too sorely tested, and perhaps more judicious editing of the twists and turns in the source would have allowed for a more watchable film. Certainly, this isn’t a movie that will be rewatched over and over – it is likely to be one of the highest grossing movies of all time though, which perhaps explains the mystery outlined above.