This film was directed by the great Mathieu Kassovitz, who was responsible for the awesome La Haine (which at one stage featured in my personal top ten films of all time). How far he seems to have fallen!

It’s weird, but the man who was able to present us with that stunning yet grating examination of urban lifestyle turned to directing an average thriller.

The same applies with The Crimson Rivers. What starts out as a fascinating mystery, with us picking up clues each step of the way, eventually becomes a mess of cliches and badly orchestrated action scenes. 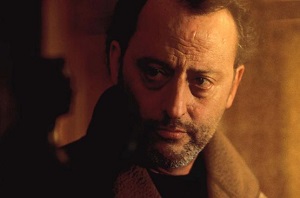 Now, I think it’s fair to say that Kassovitz introduced Western audiences to Vincent Cassel, and for that we can forever be thankful. Always completely focussed, usually very vain (both on and off screen) and occasionally seeming like a bit of a tosser, Cassel is always a marvel to watch. The concept of pairing him with Reno is perfect, and the two work of each other well even if they don’t really have the script to back it up.

The Crimson Rivers looks stunning. This is definitely a film to be seen on widescreen DVD (assuming no cinemas are showing it). Just about every shot is beautifully framed and the set designs and surrounds are fantastic also (I found it hard to tell what was a practical location and what was a set).

It’s just such a pity that after the first hour or so this film degenerates into an excessively pedestrian thriller. By the time the film ended I felt like I’d seen something in the class of Killing Me Softly (you know the one, that film where Heather Graham takes her clothes off) rather than any great thriller. And the couple of action scenes were handled terribly.

Some of the themes explored are great, and kudos to them for not including any flashbacks (an American film would have jumped at the chance to spell out any backstories), but contemporary ‘serial killer that wants to be found’ films simply have to try and jump higher since Se7en raised the bar. There simply hasn’t been any film in that particular sub-genre to top David Fincher’s brilliantly dark masterpiece. (And in fact there is an entire scene in The Crimson Rivers that pays tribute to (rips off?) the great film.)

Everyone does their best in The Crimson Rivers, but in the end it is let down by an unoriginal story and badly written script.