After his impressive stint in The Departed I was actually looking forward to seeing DiCaprio sporting a South African accent, and his performance doesn’t disappoint in Blood Diamond, even if the film leaves me a little underwhelmed. 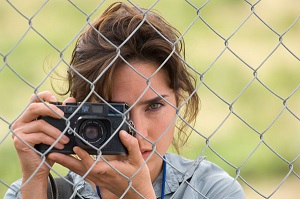 It’s a fantastic proposition – having three people with different backgrounds and agendas team up in the war torn Sierra Leone of the 90s. Jennifer Connelly’s Maddy Bowen is a journalist who one day hopes her writing will make a difference. The brilliant Djimon Hounsou is farmer Solomon Vandy, separated from his family when his village is attacked and he’s forced into slave labour digging for diamonds. Finally Danny Archer (DiCaprio) is an ex-soldier smuggler whose sole goal is to make enough money to get out of Africa. The three of them are connected by the titular jewel, and during their quest to find it all will have to question their own actions.

It sounds great on paper but unfortunately Blood Diamond can be a little clumsy in its statements. It’s certainly aimed to educate Western audiences as to the possible back story of their stunning engagement ring. Though there are no horrid voiceovers, there is enough information given at the start to let us know just what our protagonists are up against. The characters all have epiphanies at one point or another, but also have the annoying habit of telling us of these moments. By regularly keeping up with Vandy’s kidnapped son, the film also rather awkwardly telegraphs what will happen later on.

The performances are uniformly strong. Hounsou has never disappointed (apart from maybe Eragon, but that certainly wasn’t his fault), Connelly is always so impressive that I wish she did more films and DiCaprio puts his heart and soul into the role. There’s a surprising amount of action in Blood Diamond, and at times Archer’s abilities come perilously close to Rambo territory.

Africa hasn’t been this hot in Hollywood’s eyes since The Lion King and The Power of One back in the early 90s. In the last couple of years we’ve seen Catch a Fire, The Constant Gardener and Hotel Rwanda. Whilst it’s tempting to become cynical one can’t complain when movies with a conscience become cool.

Blood Diamond is a strong film, but often rather clumsy when it should be articulate or subtle. It has its share of powerful moments, but they are fleeting rather than indicative of the film as a whole. Good but not great.