The weird double-edged sword that is Netflix strikes again with Apostle, a horror from director Gareth Evans, better known for his martial arts flicks, Merantau, The Raid and The Raid 2. Those who’ve followed his career closely, however, will note that a trip into horror isn’t quite so weird, considering he contributed the best short film in the V/H/S/2 anthology, ‘Safe Haven’. 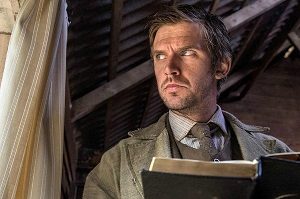 Apostle is set at the beginning of the 20th Century, and sees a drifter searching for his sister amongst a cult on an isolated island. So far, so Wicker Man (no, not that one). And here’s where that double-edged sword I mentioned comes in…

Aside from being a home for films studios ditched at the last minute (The Cloverfield Paradox, Annihilation), Netflix is also becoming nifty at greenlighting films that are quite reminiscent of other films we’ve seen before. Recently we had The Ritual, which sported a first act almost exactly the same as The Descent, and now we have Apostle which is more than a little bit like Robin Hardy’s 1973 classic.

And let me be clear: this isn’t necessarily a bad thing. I like the fact that the streaming giant is giving us lower to mid-budget films that the Hollywood studios no longer have any interest in releasing. I just hope they’re not saying to filmmakers, “Can you give us a new film a bit like this other film, please?”

Which is a roundabout way of saying that Apostle is…decent enough. The first act is great fun, and our introduction to the creepy island and its weirdo inhabitants is very Lovecraft-esque. James Bond contender, Dan Stevens, is having fun in the lead role, whilst Michael Sheen is having a glorious time playing Prophet Malcolm. (Though when is Michael Sheen not having a glorious time?)

The production values look spiffy, the cinematography is great and the grisly stuff is certainly very grisly. The only problem is that the film does everything it needs to do in the first two acts. Which means the final section of the story is the least interesting. It doesn’t help that we, the audience, are privy to secrets before Stevens’ character is – especially when, 20 minutes later, he comes across something we’ve already seen. So we effectively get the same reveal twice – once for us and once for him.

I don’t know if this has to do with the fact that Netflix isn’t forcing filmmakers to keep their films brief (because they don’t need to worry about how many sessions can be shown in a day), or the fact that Gareth Evans is not just the writer and director of the film, but also the editor. Suffice to say that the first half of Apostle is much better than the second half.

At the end of the day, this is still a good piece of horror. Original? No. But it’s distinct enough to stand out amongst a lot of films getting made right now.

Apostle is available now on Netflix.