I just watched Prometheus for the second time a week ago and boy, has my opinion of that film changed. Back in 2012, I loved it for its lofty ambitions, excellent art design and half a dozen excellent scenes. During this rewatch, all I could focus on was the stupid characters doing stupid things. At the end of the day, it was the first in the Alien series where the film simply didn’t make sense. For all their faults, Alien3, Resurrection and AVP tell a cogent story. Prometheus did not. Why Scott didn’t attempt a director’s cut for the disc release, I’ll never understand. Five years later, we have Covenant, set ten years after Prometheus, and at least this time we have a story with internal consistency. But there’s more to like about this film. 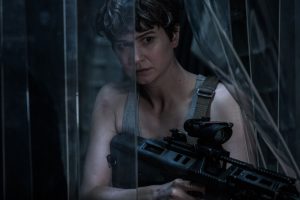 The Covenant is a colonisation ship on its way to a Goldilocks world when, wouldn’t you know it, something goes wrong and they have to alter their mission parameters. As many have gathered from the marketing material, this is a much more Alien-like than Prometheus, whilst still clearly a sequel to that film. That being said, it feels like the first in the main Alien series that leans heavily on the familiar. The story is mashup of Scott’s two previous Alien films, with a hefty dose of Cameron’s sequel too.

Nowhere is this more apparent with Jed Kurzel’s score. It references Prometheus and the original Alien mostly, with a smattering of Kurzel’s distinct style that was the backbone of the Assassin’s Creed movie. If you’re familiar with Jon Spaihts’ “Alien Engineers” script, you’ll recognise some ditched ideas that pop up here, not to mention one particular scene similar to Vincent Ward’s mooted third film.

Billy Crudup’s Oram is in charge, with Katherine Waterston’s Daniels as his second-in-command. Waterston is incredible as Daniels. She completely sinks into the role, so much that I didn’t even realise it was the same person who wowed me in the otherwise forgettable Fantastic Beasts and Where to Find Them. Like with the original Alien, we’re not given much backstory for our crew members, but their interpersonal relationships are enough to make us understand them.

The big surprise here is Danny McBride, who of course usually plays solely comedic roles. Other standouts include Callie Hernandez, whose star is surely on the rise after appearances in The Blair Witch and La La Land, and Carmen Ejogo who plays the instantly-likeable Karine. Then of course there’s Michael Fassbender making a return to the franchise, here to once more talk about creation and destruction, creators and the created.

Frustratingly, this is a film that does a really good job, then falters in the final act. 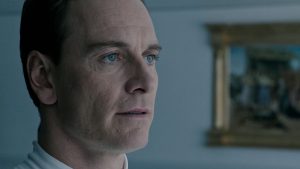 The story is interesting, if familiar, whilst the blend of horror and action works well. The pacing is decent, and the characters feel consistent in a way that those of Prometheus never did. The main issue is how predictable it becomes. By sticking to well-worn Alien tropes, we of course know more than the protagonists, so the audience has to get their shocks elsewhere. Unfortunately, the plot holds no surprises – at one stage, it even gives us an explanatory flashback before our lead works out what’s going on. It’s increasingly predictable and disappointing as the story plays out.

Covenant is a decent film with great characters. The setting is interesting and it adds a few things to the franchise that are intriguing. Its predictability is frustrating, however. If they could have combined the left-field surprises from Prometheus with the stronger dialogue and characterisations of this film, we would have had a perfect entry into the franchise.

Stuart spoke about Alien: Covenant on episode 46 of the Chatflix Podcast.